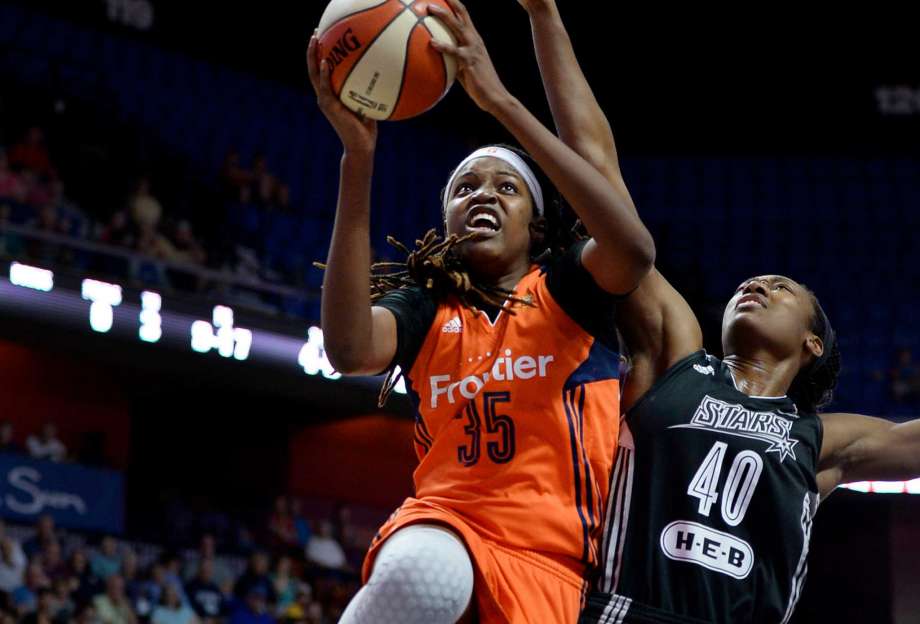 Connecticut, May 9th 2017: Jonquel Jones is back in the WNBA with the Connecticut Sun, following a successful off-season in Korea.    She returned to the US, ending eight points on a 4-6 shooting night from the field and adding seven rebounds in the Sun’s 81-72 win over the Chicago Sky last Tuesday.

In Korea, Jones took the Foreign Most Valuable Player award, Defensive Player of the Year award and was named “Best Five” in the league.     She received one vote in the 2016 WNBA Sixth Woman of the Year tally to finish in a 5-way tie for fifth behind winner Jantel Lavender.    The Sun will open the season on May 13, hosting the Atlanta Dream.