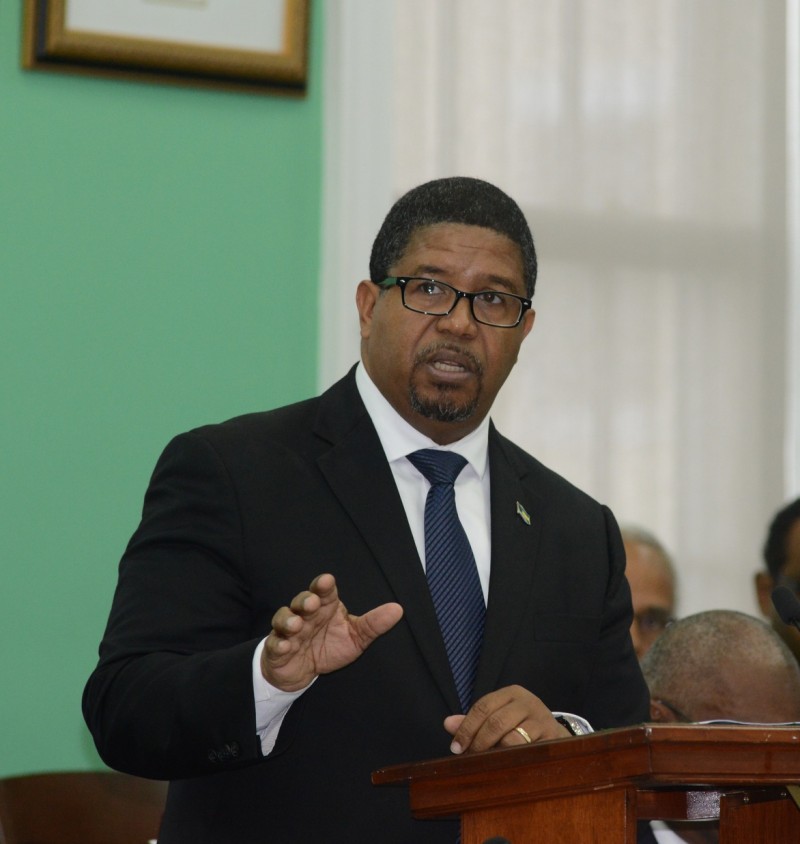 Bahamas, May 31st 2017: DPM and Finance Minister Peter Turnquest is attributing the sharp deterioration in state finances to the multifaceted impact of Hurricane Matthew. In presenting the FNM’s first fiscal package on Wednesday, the minister says this has dampened economic activity resulting in a drop in recurrent revenues to the tune of $216 million, to a level of $1.960 billion vs. the $2.176 billion budgeted. He says actions implemented by the Government to assist in the rebuilding efforts and the repair of public infrastructure, have resulted in the increase in capital expenditures for ministries involved in repair works, such as the Public Works Ministry which had to be given $55M above its normal budget allocation.

The Finance Minister added that Government Direct Debt at the end of the 2016/17 fiscal year is estimated to amount to $6.5 billion, or 71.5 per cent of GDP, while Recurrent Expenditures during the year amounted to some $137 million more than had been forecast, i.e., $2.458 billion versus $2.321 billion. Meanwhile, he says further fallout is attributed to what he describes as a combination of revenue shortfalls, accelerated spending, a backlog of payments and commitments mounted near the end of the fiscal year by the previous administration. The Finance minister however assured that his government has tried to minimize, carryovers into the 2017/18 fiscal year.