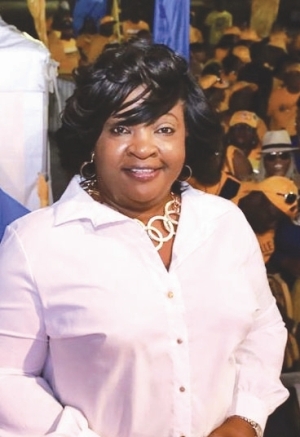 Yesterday, Reckley said FNM incumbent MP for East Grand Bahama, Peter Turnquest had gone to the Central Police Station with two lawyers supposedly to report the fraud. There were also rumors on social media that Reckley and her husband had been arrested for ballot box tampering.  “Yesterday he made a total you know what of himself. Very, very disgraceful and had to come back and say there’s no truth to it,” said Reckley.

However, assistant parliamentary commissioner, Reno Smith has cleared the air on the issue stating that neither Reckley nor her husband were guilty.  “They were in no way present. They were not in the vicinity of the police headquarters at all. On election day all ballot boxes are empties for everyone to see and touch. Even there were secret compartments in the boxes all of the political operatives are allowed to touch the boxes,” Smith said. Smith assured the public that the process is transparent.

Reckley said that she has had enough of the FNM’s Grand Bahama campaign which she claimed has been constantly attacking her character.