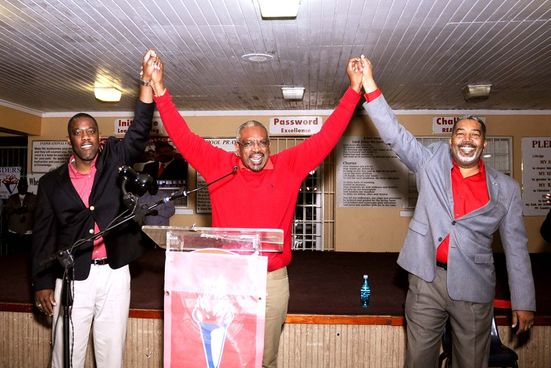 Bahamas, May 15, 2017 – Nassau – The Tall Pines member of parliament, Free National Movement (FNM)’s Don Saunders won his constituency with a staggering 2514 votes in last week’s general election. Saunders spoke to Magnetic Media about why he thinks he won and the changes he is ready to make in Tall Pines.

“I told them that its time to pass on the baton. I told them with Don Saunders as their member of parliament, they’re gonna be able to see what’s going on in their constituency. I promised that I won’t let them down”, he said.

With a long list of promises, Saunders says the first on his agenda is to fix the dump issue in Tall Pines. The dump is great health hazard for the people of Tall Pines, as residents are constantly affected by the smoke and the smell.

Don Saunders has served in many capacities in the FNM since 2002, including Council member, National Deputy Secretary and Executive member.

The official results of the Tall Pines constituency were as follows: