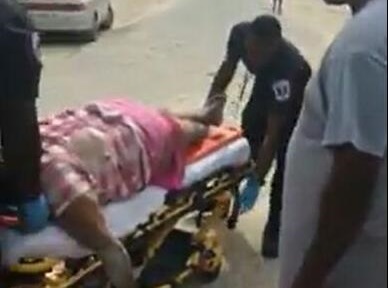 Turks and Caicos, May 8, 2017 – Providenciales –Cell phone video of the scene after the death of a 55 year old Dominican woman is peculiar.  The woman was knocked down say initial police reports by a water truck on Bible Street last Thursday morning, but there was no blood on the scene, no blood on the body and it has some residents concerned.

Police did say there will be an autopsy though to determine the exact cause of death. The woman was struck by the reversing truck around 9:15am, three minutes later she was pronounced dead.