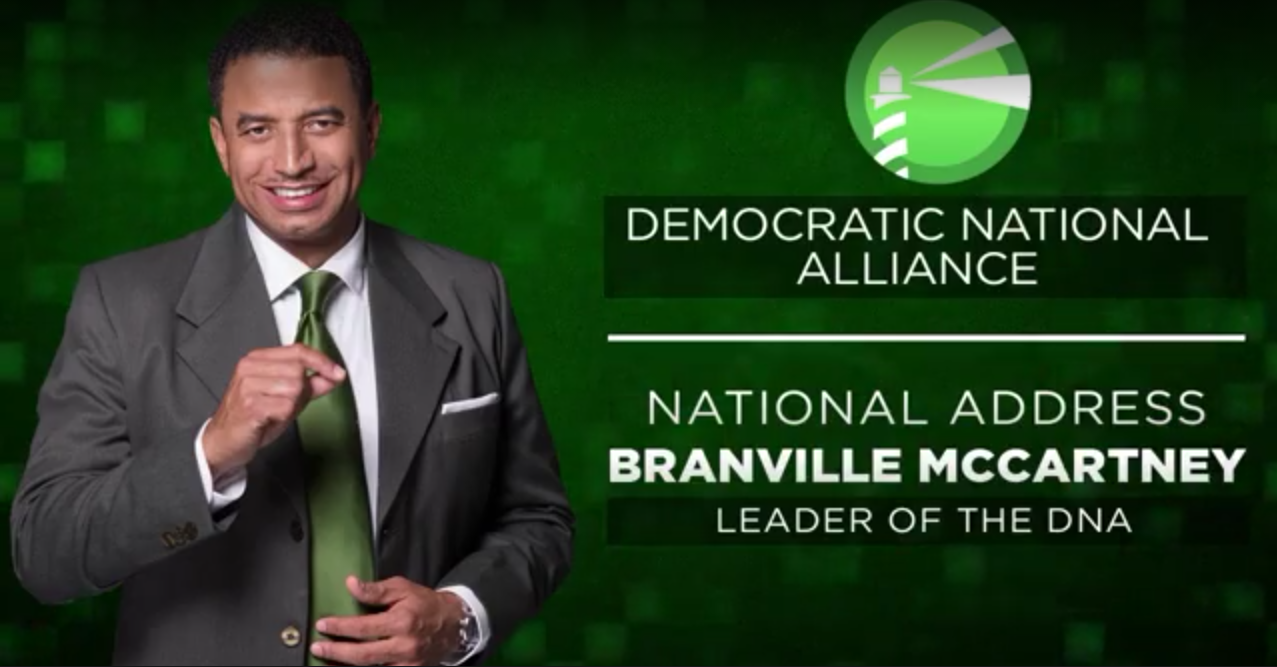 Bahamas, Monday 8th 2017: DNA Leader Branville McCartney is appealing to the nation to see the DNA as the alternative to the ‘same old, same old’. The leader in his televised Sunday address to the nation, told viewers and voters alike that his party was one that identified with the struggles of all Bahamians, as they too lived in the same communities affected by the cost of living. In identifying with those who have suffered at the fate of criminals, McCartney says the old saying of “He who feels, knows it” can be applied to him, as he too along with his family still struggle to find comfort following the loss of his brother.

As a result, the leader says under a DNA government, he promised swift action on crime, with changes to the judiciary bringing an end to the back log of cases, government involvement on criminal matters and return of capital punishment.

Highlighting what the DNA will do if elected, McCartney says an immediate introduction of a $250 minimum weekly wage will be implemented, while his party will introduce an exit strategy for Foreign Investments protecting the interest of Bahamians first. Other DNA plans for governance include a Fiscal Accountability Act, as a means of monitoring macro-economic performance within government programmes, a land registry independent from the Prime Minister’s office, and introduce more concessions for Bahamians to own more, such as banks. 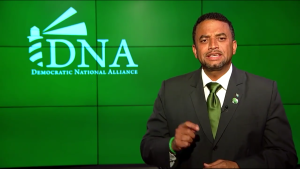 Meanwhile, the DNA Leader called out the changes occurring at the Parliament Registration Commission, as an ‘intentional move’, “wide spread voter apathy and an attempt to suppress voters”. From the “countless numbers of errors found on the voting list, to the prejudice faced by persons attempting to register, based on their attire”, McCartney described these instances as “Obvious attempts to frustrate Bahamians to abandon their constitutional rights”.

He went on to set the record straight over what he calls tactics employed by “Spin Doctors” who call the DNA as a “non factor and nothing more than a spoiler”, as “malignant seed planted as means of stifling a still growing democracy and maintaining the status quo”.  McCartney furthers this point, calling it an “insult to the memory of our forefathers who fought for our rights” to chose.