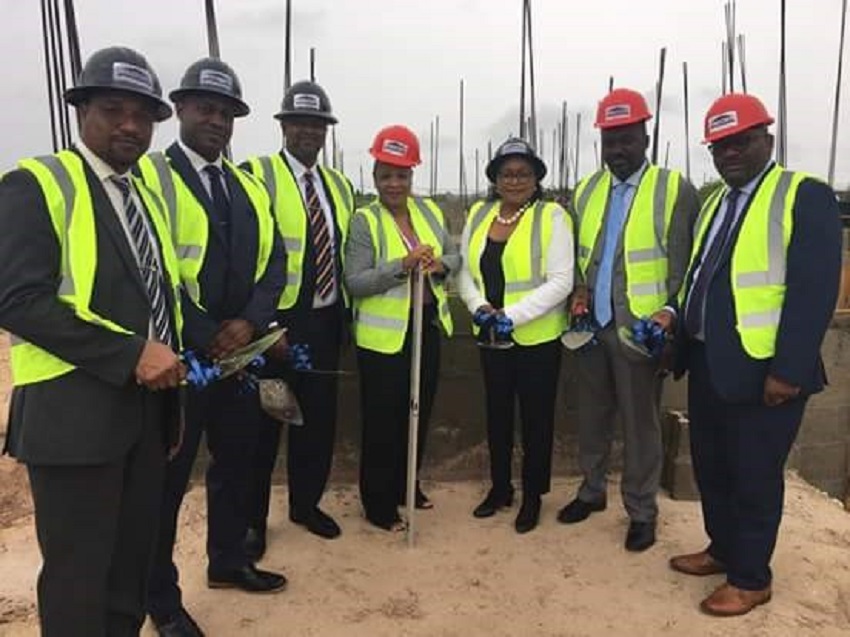 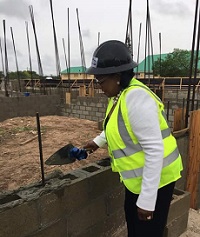 The inclement weather challenged the celebration of the corner stone laying ceremony for the new state-of-the-art two-story school building, a $2.5 million addition to the school.  However, a significant number of government officials and patrons from the community were present to witness what the Minister of Education referred to as “celebrating the laying of blocks for the second in our series of infrastructure of modern schooling in the Turks and Caicos Islands”.

The Minister of Education stated, “Today’s ceremony marks a turning point as we prepare to usher in an exciting new era for public education in the Turks and Caicos Islands.  This school will be more than just a building of bricks and mortar; this will be a place where people learn, teach and grow.  This 21st Century learning facility will be built with a focus on using technology to engage students in their learning and to develop the knowledge, skills and attitudes needed for the future”. 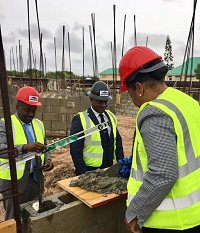 The ceremony included a prayer by School Chaplin, Dr. Linda Williams, who is a past Director and Permanent Secretary of Education.   Remarks were also made by the Honourable Premier, Sharlene Cartwright-Robinson; H.E. Deputy Governor, Anya Williams; Minister of Infrastructure, the Honourable Goldray Ewing; Minister of Education, the Honourable Josephine Connolly and a Representative of Olympic Construction followed by each Government Official laying a brick in the corner of the school.

The newly constructed school will foster the education of future generations.  The greatest inheritance to give a child is a high-quality education. Therefore, the Turks and Caicos Islands Government will continue to develop school infrastructure, providing students with a modern and positive learning environment which is part of their commitment to ensure that students meet their full potential.