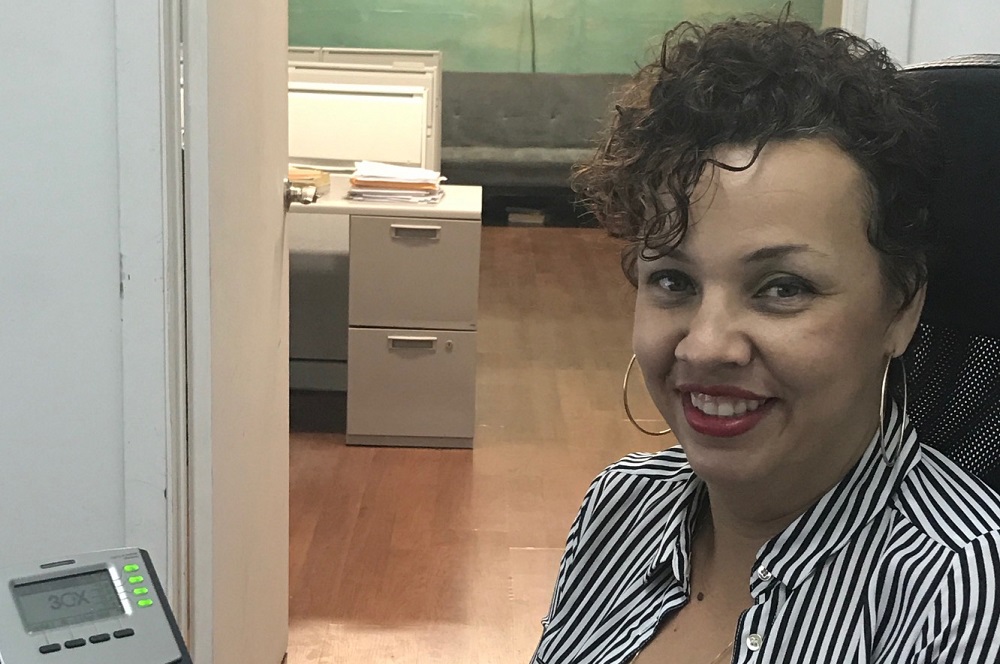 Bahamas, May 19, 2017 – Nassau –  Nearly 10 years ago, Robert and Sabrina Knowles, working for others in IT, decided to take a risk. With two small children and a home office that barely fitted two desks, one phone and a few shelves, they launched their own company, Armstrong Technology.

Today they operate Armstrong Technology and Consultants from a retail location on Madeira Street in Palmdale. Their offshoot online purchase and courier companies, Shop242.com and Ship242.com are based in a savvy online portal OneandDone and in a bricks and mortar location on Shirley Street. Most recently, that division of the business expanded, taking space in Armstrong’s Madeira location.

“It’s been a decade of hard work, a few bumps along the way, but overall, a decade of dreams coming true,” said Mrs. Knowles who has been at the forefront of the business as her husband maintains a demanding consulting position with an international financial services agency, a contract he has retained for over 20 years.

“We were nervous at first. We had talked about opening our own business because we could see services that people needed, not just big businesses and government offices that were being served by the big guys, but individuals who needed repairs to a desktop, memory or software added or upgraded, data security systems installed and maintained, data backed up at an independent physical or virtual site,” said Mrs. Knowles. “No one was really paying attention to the little guy and we knew there was a need and a market. Almost from the day we started in our little 100 square foot home office, we knew we were filling that gap in the market with technology repairs and service at a price the ordinary person could afford.”

Identifying the need paid off. Within six months, they had to move to larger space and a few years later, to even larger space.

“We outgrew our second location in no time and had to move again,” said Mrs. Knowles. “That’s when we opened on Madeira Street.”

Now they have 13 employees between the retail shop and offices here and in Miami and they are planning to move the online store to a larger location with more parking.

“All of our businesses are aimed at a single end goal – to make life easier for the client,” said Mrs. Knowles, who holds a degree in Computer Technology and worked in banking and data processing. “You don’t have to move from your desk or couch to pay BPL, Cable, Water & Sewerage online. So why should you have to move if you want to order technology equipment or pencils and paper cups for your office. That is how shop242.com got started and then we expanded to basic home goods. Since the portal, OneandDone, was refined business has been good and it keeps growing so we are very excited about that.”

The two small children who ran around their legs in the original home office are now 16 and 11.

“We hope that one of the lessons we have taught them is that you can make it on your own in a competitive environment if you deliver what you promise and are willing to work hard and keep going even when there are hurdles to overcome,” said Mrs. Knowles. “We compare it to the sports that both of our children play and say it’s all about team work in the end. They will be with us when we blow out the candles on the 10-year anniversary cake .”