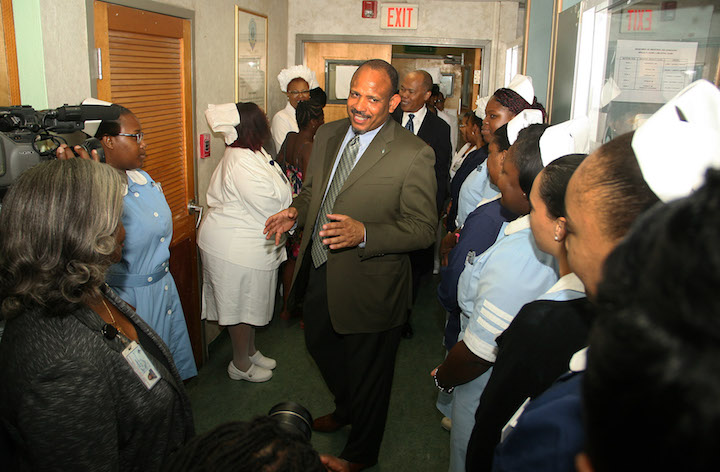 Bahamas, May 30th 2017:The former government made promises to start health care initiatives to the tune of $100M  but did not secure the funding to ensure it could happen, according to Health Minister, Dr. Duane Sands, who made the disclosure following a tour of the Princess Margaret Hospital on Monday.

The promises were made in the week before the May 10th elections by the former government, with contracts signed, including the construction of a $30M healthcare centre in Palmetto Point in Eleuthera. The health Minister says government now has to“find monies” to in an attempt to deal with those commitments while trying to ensure an efficient public health care service.

The revelation comes as the FNM Administration prepares  for its Budget Presentation on Wednesday.

The report for National Health Insurance, NHI – rolled out one month before the elections – is similar said Minister Sands who told media that there is no plan to sustain the health care scheme.  He talked about what will be done under his administration: “harmonizing health care strategy, and form stronger relationships with stakeholders, while improving the scheme.” Other plans include a single governing structure for healthcare, as opposed to various bodies such as the Public Health Authority, the Ministry of Health and private sector.

For now, the Health Minister says coming is a new child and maternity wing and improvements to the accident and emergency department at PMH.