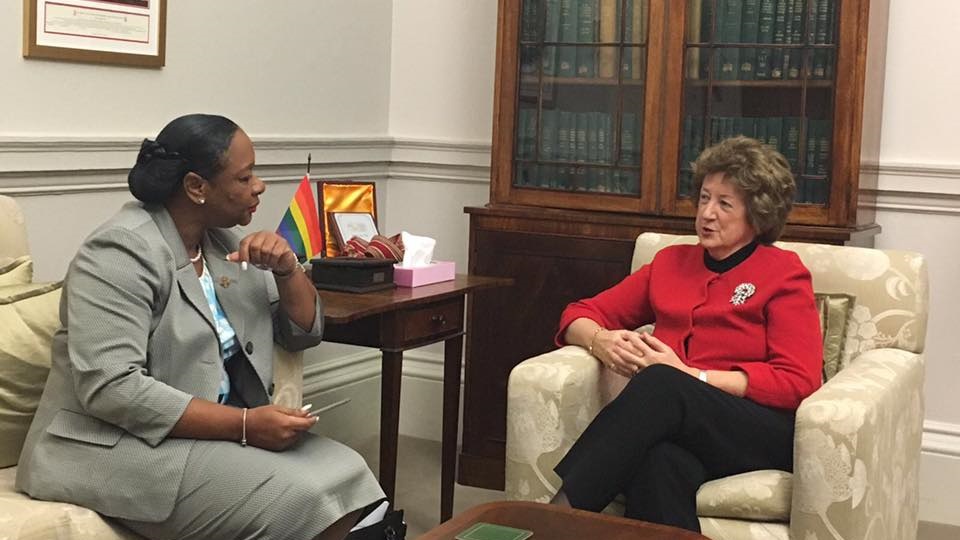 Turks and Caicos, April 13, 2017 – Providenciales – The UK exit from the European Union has hit another pace now that Article 50 is triggered and begins the two year process of taking the United Kingdom out of the EU.

On Wednesday,  Premier Robinson via media release said she was informed of the move and explained that the enactment of Article 50 of the Treaty of Lisbon and Britain’s exit from the European Union, was reportedly a successful one.   Premier Robinson noted that Tracy Knight of the Premier’s London Office will attend ongoing meetings on TCIG’s behalf.

These meetings will ensure that the UK departments have comprehensive information on OT interests in relations to EU exit in areas of their policy competence. Additionally, it will seek to understand OT desired outcomes on areas of EU negotiations that affect them; to develop further the technical papers produced on key issues in advance of the next meeting of the Joint Ministerial Council (JMC); and to feed into development of UK policy and its evolution during the EU negotiation.

Turks and Caicos has benefitted in the millions by EU funding which has gone to hurricane restoration, government capacity building and educational development in these islands.   The UK Ministers and Territory Leaders have all agreed to two further political meetings of the JMC in 2017. Premier Robinson promises to keep the people of the Turks and Caicos Islands updated.