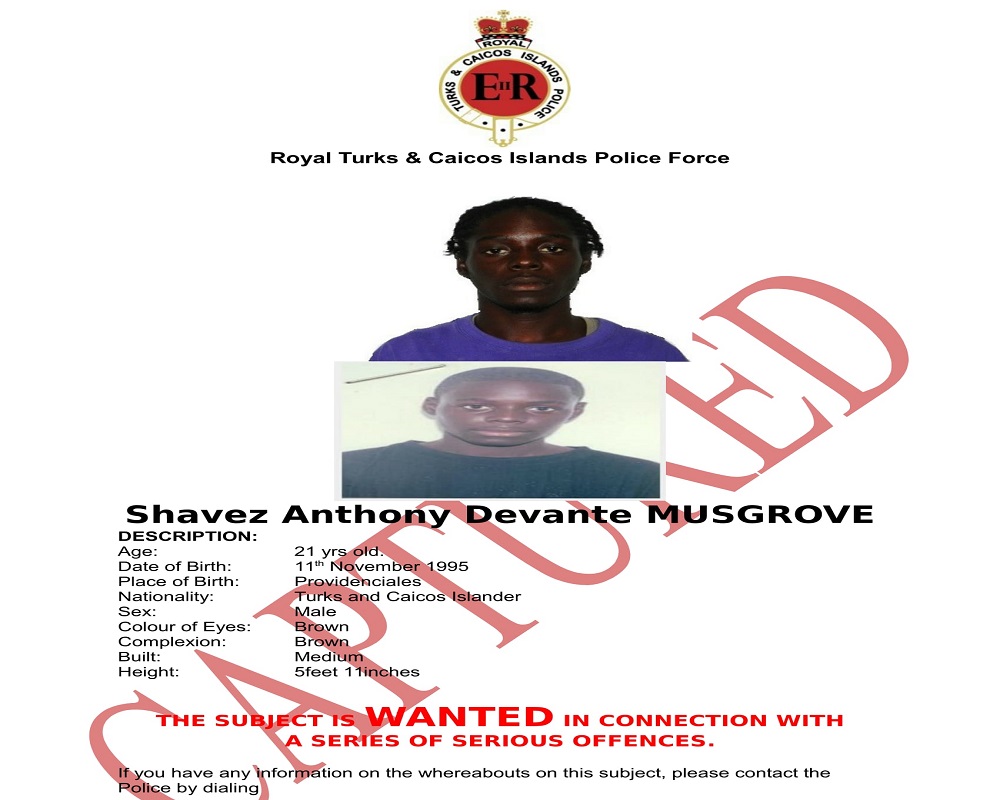 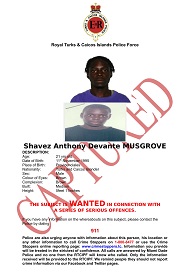 Officers executed a Search Warrant at a home located Off Malcolm’s Road in Wheeland for stolen goods and during the search Mr. Musgrove was captured without incident. He was wanted as a suspect for a number of serious offences that occurred on Providenciales.

A 17 year old female who was also found in the home is assisting police with investigations.