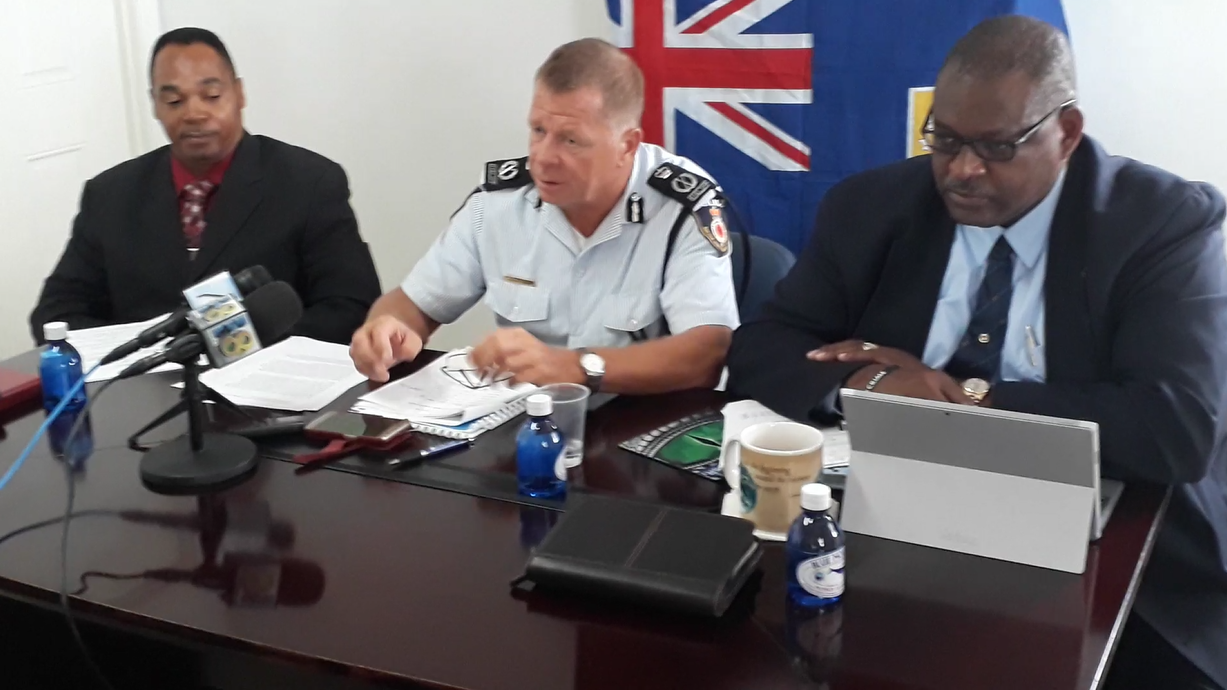 Turks and Caicos, April 27th 2017 :Startling figures coming from the Commissioner of Police indicate a reduction in crime by 14 per cent, despite numerous daily reports of an increase in home invasions, aggravated assaults and escalating violence and other criminal activity.

During a press conference on Thursday, Commissioner of Police, James Smith sought to provide a breakdown of the crimes reported for the year 2016/2017, stating a total of 2,626 crimes reported for all islands, with a 23 percent detection rate, one percent lower than last year. The report indicates seven murders in the last year, one murder less from the previous year. Last year the number of crimes reported daily, averaged at nine per day, which meant close 3300 crimes were committed in 2015/2016.

He calls for the public to take more responsibility, in “securing their homes better and removing valuables from their front seats, stop walking around with large sums of cash”. The Police Commissioner went on to tell the public to “think about their behaviours and to trust the police in giving them the information needed to tackle the crimes”.