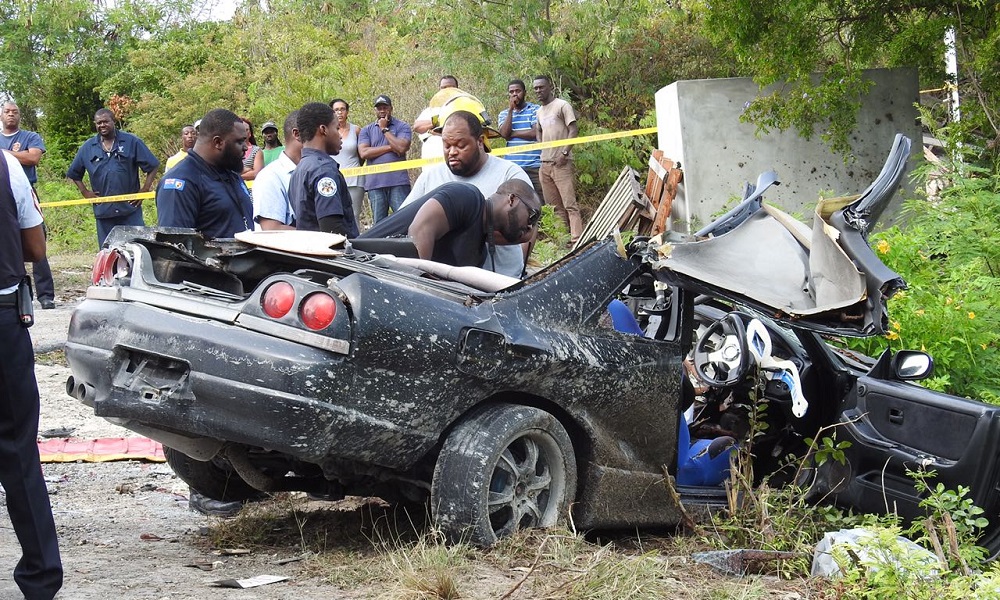 Around 3:54PM, Police and other emergency services were dispatched to an area on South Dock Road after reports of a collision involving a Black Nissan Skyline right-hand drive car with two male occupants and a Garbage Truck. On arrival, officers found the car partially clinched underneath the front bumper of the truck with extensive damages to its passenger side. The truck had minor damages to its bumper. Both occupants of the car received serious injuries. The driver of the car was taken to the hospital by way of Ambulance and is stated in serious condition; the passenger succumbed to his injuries and was pronounced dead on scene by a Doctor.

Preliminary Inquiries revealed that the Black Nissan car was heading North out of South Dock when upon negotiating the curve it collided and made an impact with the Garbage Truck that was stationary alongside the left side of the road facing a Southern Direction. Jaws of Life was used to assist with getting access to the passengers of the Nissan car.

Police are urging anyone with information about this accident to call Crime Stoppers on 1-800-8477 or use the Crime Stoppers online reporting page: www.crimestoppers.tc, Chalk Sound Police Station 338-5901. The information you provide will be treated in the strictest of confidence.   We remind people they should not report crime information via our Facebook and Twitter page.