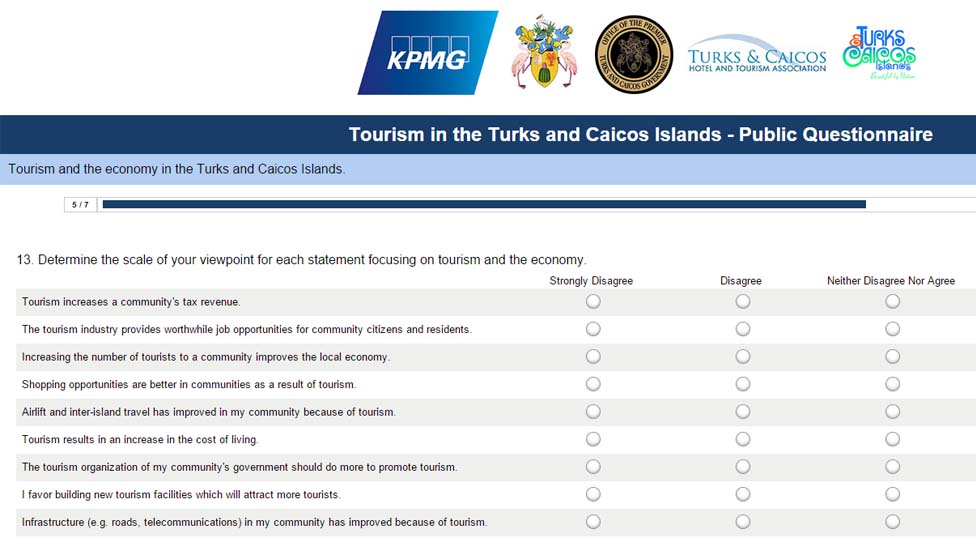 Turks and Caicos, April 6, 2017 – Providenciales – Major Developments in tourism sector are expected to be rolled out in the coming months and will be in keeping with the recommendations put forward by the KPMG TCI Tourism Strategy Report completed and published since 2015.

Tourism Minister Ralph Higgs showed obvious disdain for the former administration’s failure to implement any of the recommendations of the report.  Higgs said the PDM Administration is now ready to at least tackle the ‘low hanging fruit’ for transformation of the sector.  “For the first time since the introduction of the KPMG report, we have made funds available for the implementation of that report. So as soon as the budget is passed we will roll out a calendar of events carrying out the Change Document, consistent with the recommendations of the KPMG report”

The minister in presenting the his ministry’s accomplishments in the PDM government’s First 100 days in office press conference, announced several projects on the cards including the Royal Reef Project, which is said to be in its final phases. The project is expected to benefit residents of North and Middle Caicos, whom the minister reminded were not forgotten by his administration.   Tourism is awaiting the sign off for the Royal Reef Project from investors and stakeholders, and he urged the developers to move quickly on their final plans.

Royal Reef had been stalled and is expected to make a rebound and bring much needed employment opportunities to residents of the country’s two largest islands. Minister Higgs confirmed also that  approval was met for the development of a Boutique and Hotel in North Caicos.

Meanwhile, plans include the creation of a future terminal in Sandy Point as discussed with the Ports Authority. It is expected that an Environment Impact Assessment will come first for the Sandy Point area. The minister says its aim is to quote “give relief to persons who use those channels for boating and shipping purposes” that there would be no negative environmental effect on the pristine waterway in North Caicos.