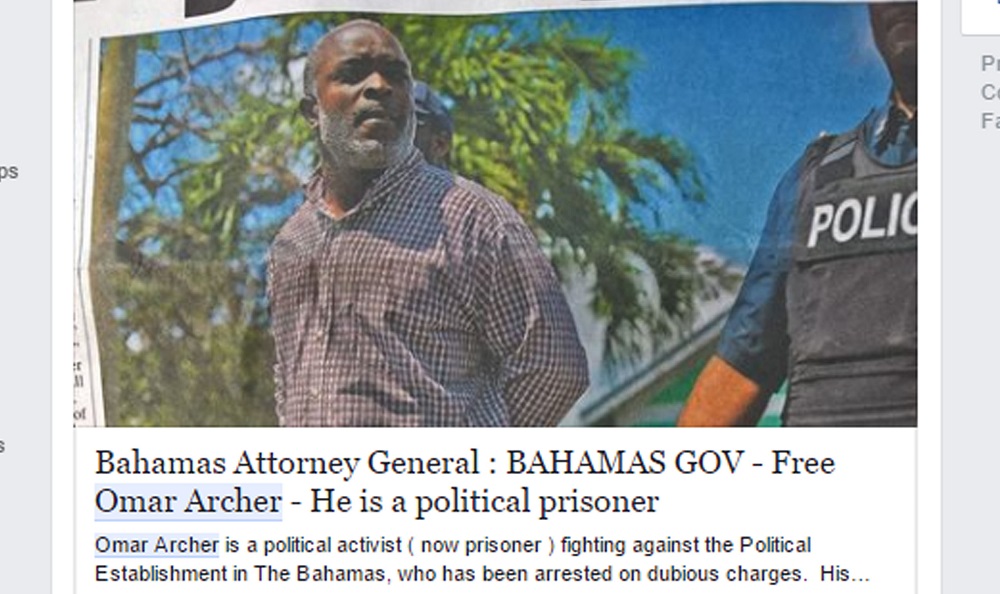 Bahamas, April 13, 2017 – Nassau – Popular Human Rights activist and lawyer, Fred Smith, QC says that Mr. Omar Archer is now his client. This comes after Archer was yesterday remanded to jail yet again.  It is also being reported that Archer’s 28-day sentence has since been squashed. However, an instruction was given that he be remanded an additional seven days and his bail revoked.

QC Smith told members of the media, “To keep Omar Archer in jail under an alleged offence of criminal libel is to make him a political prisoner.”  He added, “Criminal libel must be abolished so that the Bahamas can grow as a democracy.”

Smith believes it is a Human Rights case now since offences like this “has sent an element of fear and anxiety and concern throughout the citizenry.” He believes people are now afraid to speak out against the government because they may be politically victimized like Archer and others.

According to QC Smith, the Human Rights Association would also be taking international measures to ensure the international communities become aware of Archer’s case and the current laws in the Bahamas. He added, “This government in particular have been using these offences to prosecute people.”

Archer’s team, however, believe it is uncommon for someone facing such minor matters to not be fined and freed. They found the judge’s ruling shocking and thinks that Archer is being treated like criminals who commit more serious crimes. Archer will now face the Supreme Court next Wednesday, and Smith revealed they are currently seeking his bail.