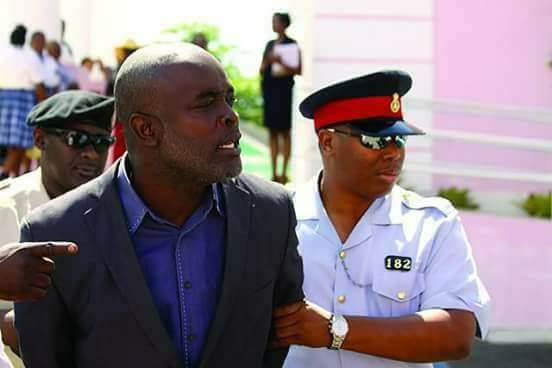 Bahamas, April 11, 2017 – Nassau –Whistle Blower, Omar Archer will now serve an additional 28-day sentence.   This comes after a warrant of committal was issued for Mr. Archer on April 4th, 2017.   Magistrate Derence Rolle-Davis had since then delayed the case until Tuesday 11th April 2017.   Archer was said to have paid all his outstanding fees on April 5th, 2017.

However, instead of being released today, Mr. Archer’s stay in Her Majesty’s Prison was extended.  In court last week, Archer’s lawyer Barry Sawyer and his associates were told to have his defense on charges of intentional libel and threats of death ready.  However, it is now being said that Archer’s present sentencing is due to an outstanding civil matter in court number 13 from 2011.

Many of Archer’s supporters are now left infuriated as they worry that he may not be able to vote and say that the timing of this arrest immediately after the announcement by Prime Minister Perry Christie on the election date is suspicious. Archer is the man Perry Christie ‘flipped the bird’ at during a PLP public rally in February.

Supporters have signed a petition for Omar Archer’s freedom, stating the activist has been arrested on dubious charges and his constitutional right to speak is being infringed upon by this incarceration without bail.