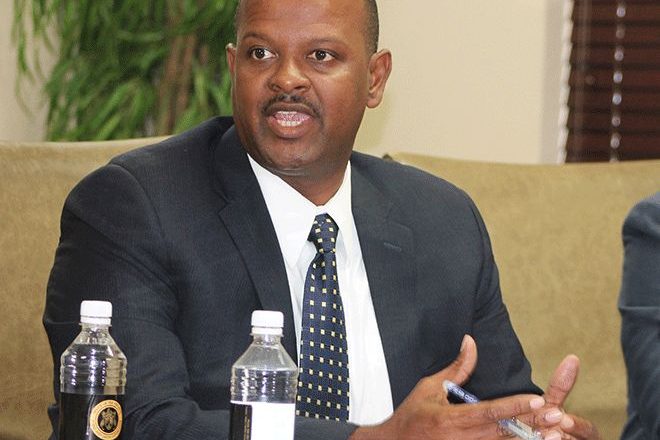 Turks and Caicos, April 18, 2017 – Providenciales –  A consistent campaign to blatantly mislead the public will be countered said the Deputy Premier, by town meetings and public awareness in response to the Opposition PNP’s charge that the PDM Administration has crafted a budget to earn money on work permit fees.

In his reply to appointed member Royal Robinson, who issued statement to say the PDM is flip-flopping on their previous positions, DP Astwood explained that the work permit fee revenue is just over half a million dollars more in monies in than under the Rufus Ewing led government, but it equates to less of the budget percentage wise.

Of the former PNP Administration, Minister Astwood said: “Therefore work permits fees of approximately $18 million accounted for approximately 6.8% of projected government revenues. In our budget that will be debated on April 18th, work permit fees are projected to be $18,452,154… which accounts for 6.7% of the total budget.”

The DP, who has Border Control and Employment in his ministerial portfolio was responding to a Magnetic Media question on the change and said the hike in revenue is due to the projects projected in the 2017-2018 national budget; an increase in labour demands is forecast.

The Minister also exposed in his media statement that the TCI Status Commission brought into law under the Ewing Administration to make recommendations on citizenship applications was stalled.

“…they had not introduced any regulations to govern the working of the committee nor had they setup the committee formally in order to carry out its mandate. On coming into office we met applications that have been submitted almost two years ago with person left in limbo. As a government we have a responsibility to give these applicants an up or down decision so that they can plan the rest of their lives.”  Astwood said Robinson’s comments are a relentless effort to score political points or to deceive the public.