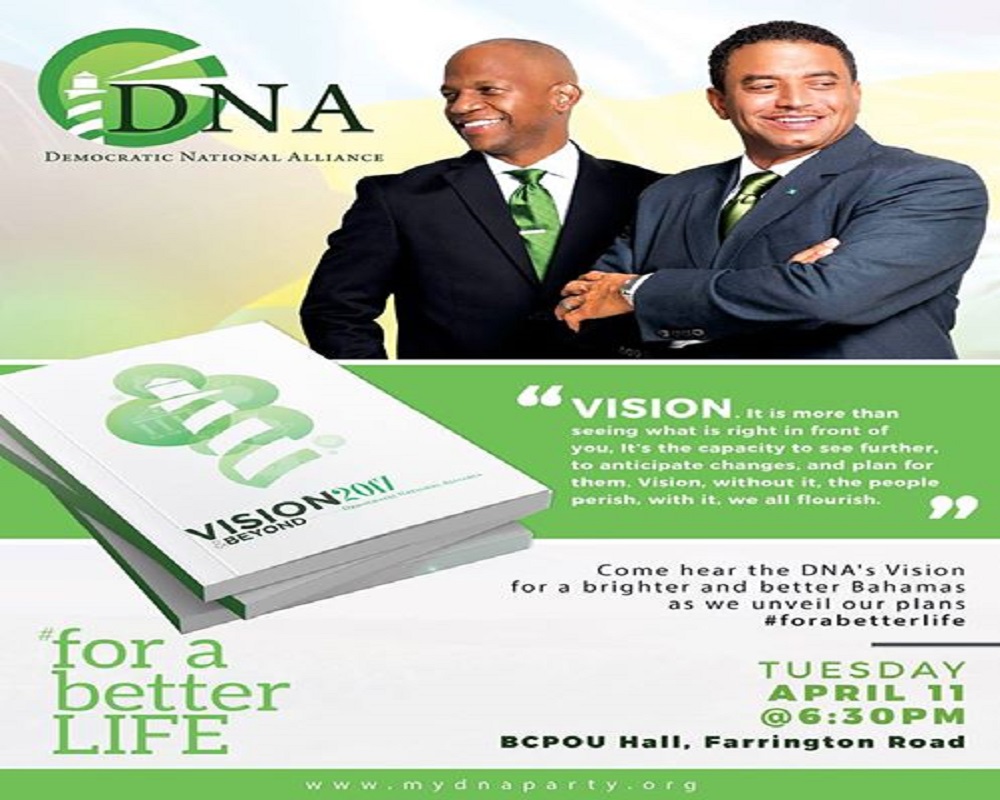 Bahamas, April 12, 2017 – Nassau – If elected, the DNA party will put its leader Branville McCartney as the Minister of National Security. In unveiling its manifesto for the 2017 polls, the party underscored the need for the arrest in crime in the Bahamas, and says its leader is qualified for the job.

It was a packed BCPOU Hall in Farrington Road on Tuesday night, as the party gathered to launch its Manifesto, described as Bahamas’ Vision Plan, For a Better Life.

The DNA boasts of being the only party to have a candidate that is qualified to hold each and every ministerial post and vows to bring the change Bahamians are crying out for through solid and tactical solutions.

The party’s manifesto can be seen on its webpage and Facebook page.