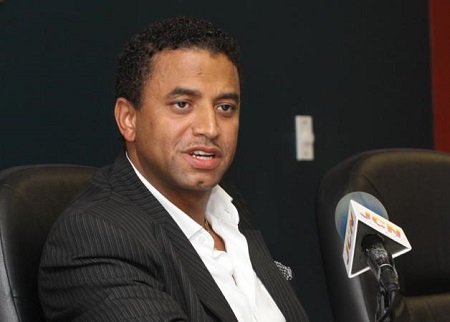 Bahamas, March 2, 2017 – Nassau – The inevitable has happened and today, DNA Leader, Branville McCartney resigned as Leader of Opposition Business in the Senate.  Friction between McCartney and Loretta Butler Turner had been brewing for weeks as many had forecast the departure of McCartney from the post to which LBT had appointed him.

McCartney said Butler Turner is leading a chaotic mission which the DNA cannot afford to follow.   McCartney said, “The leader of the official opposition has, unfortunately, only sown seeds of confusion since assuming her post, bringing no real leadership or focused ideas to the fore.  As leader of the DNA, in consultation with the executives of the party, I feel that we must now divest ourselves of the farce that has become the official opposition and fully direct our efforts to securing victory in the next general election.”

McCartney, who also left the FNM years ago says it is clear now more than ever, that change will not come from within.  “”We will continue working day and night to provide a worthy alternative to the dysfunctional status quo.   It was an honour to once again represent the Bahamian people, however briefly, but it is clear the Bahamian people will be better served by a DNA not complicit in the dysfunction that hobbles Parliament at this time.”  The resignation was with immediate effect.