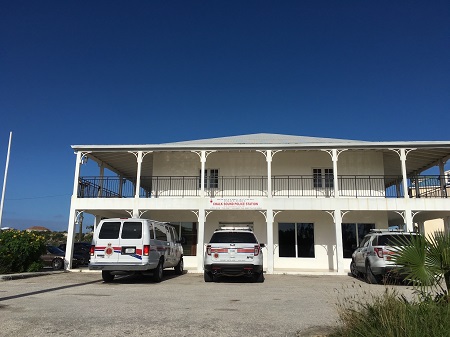 Turks and Caicos, March 6, 2017 – Providenciales – Police have two men and are reportedly looking for a third in connection to the unthinkable armed attack of a guest at his hotel early Saturday.

In a case which has spawned more questions than answers, Police say they have 23 and 35 year old men for attacking, robbing, shooting and stabbing a 50 year old guest of the Palms; the guest is said to have had a good night at the Casablanca Casino only minutes before the assault in the lobby area of the hotel in Grace Bay.   That guest is now recuperating nicely at hospital where he had to undergo surgery for the injuries.

While residents grappled with the audacity of the three, masked and armed men to target a guest and enter a resort property to rob the tourist; Police say despite the social media buzz, that a former female resort employee has no link to the case and that detectives have never had any suspicion of the woman.

It was reported that a woman at the casino gave the 50 year old man a ride back to the resort around 2:30am after he is said to have not wanted to wait for a taxi; soon after is when the tourist was attacked for his winnings.   What Magnetic Media did confirm is that the American woman was due to be deported out of the country today by Immigration officials.

Police are asking for her image, posted all over social media in connection to this crime, to be taken down.   The two in custody are charged; the 23 year old with suspicion of Robbery and the 35 year old with Conspiracy to rob.