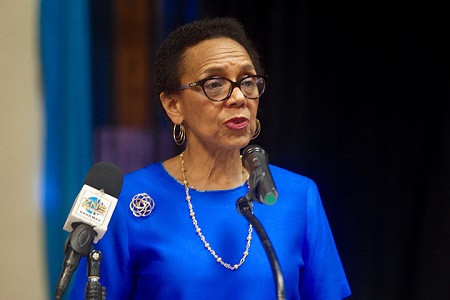 Bahamas, March 28, 2017 – Nassau – No more ambiguity, once it is passed, it will now also be illegal to even organize or encourage others to participate in human trafficking based on information gathered in any human smuggling investigation.

Attorney General, Allyson Maynard Gibson yesterday presented an amendment to the current law, which she says bolsters the legislation on the books so that no one escapes repercussion for these crimes.  While addressing the Senate yesterday, the AG explained that the 2008 legislation had holes, which saw an accused perpetrator be set free after being convicted; the woman won on appeal at Privy Council.

There is a repeal and replacement of a section of the bill which now makes it clearer that actions like withholding documents are indictable offenses, which due to the proposed change will certainly bring convictions.