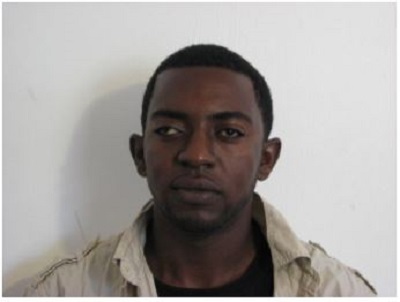 Turks and Caicos, March 7, 2017 – North Caicos – 26 year-old Dekendro Cox of North Caicos was arrested and charged by officers for Malicious Injuries to Property and Burglary in connection with a report that was made on Monday 5th January 2015.

On Sunday 4th January 2015 around 10pm, the owners of Blitz Bar and grill located on King Road North Caicos, secured the building by locking all windows and doors. The following day they discovered the place ransacked and a number of items missing.  The scene was visited by officers and as a result, an investigation was launched.  Dekendro Cox was later arrested and charged for the offences mentioned.

Last year Mr. Cox went to trial and was found guilty in the Magistrate’s Court. He was given bail to return to court on Wednesday 8th February 2017 for sentencing. He did not appear to court on that date, as a result a Bench and Commitment warrant has been issued against him.

If you have any information regarding his whereabouts, contact the police at Chalk Sound Police at 3385901/941-8067 or contact The information you provide will be treated in the strictest of confidence. We remind you not to report crime information via our Facebook and Twitter page.