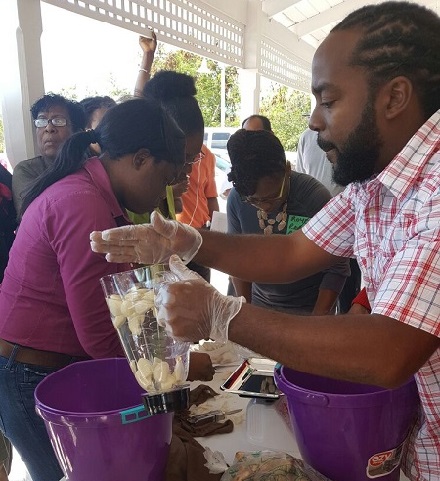 Turks and Caicos, March 10, 2017 – Providenciales – An Organic Pesticide workshop staged by the Department of Agriculture is over now; for three days home gardeners, commercial farmers, pest control companies and others were exposed to natural methods of fighting pests.

Presenter and Consultant, Keian Stephen from the Commonwealth of Dominica had his audience captivated and riveted as he created two organic blends; one featuring ginger, the other featuring garlic and peppers.  These easy to make pesticides can fight off insects like the Black Moth, which is a major trouble maker for most gardens in the TCI.

Director of Agriculture, Wilhelmina Kissoonsingh says there were 27 participants in the Provo session.  The workshop was also held in North Caicos and was FREE to the public.