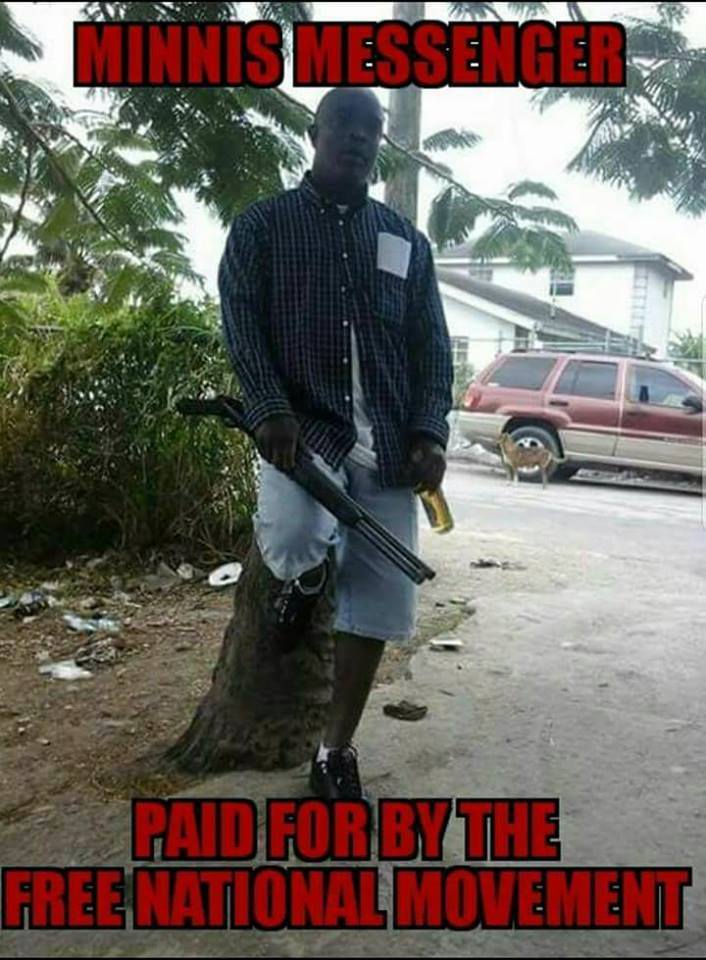 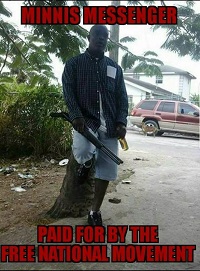 Bahamas, March 27, 2017 – Nassau – Police want to talk to vocal FNM Supporter, Omar Archer Sr, after a photo of him holding a gun appeared on social media.  The image claims that it was paid for by Hubert Minnis, leader of the Free National Movement and Police say the gun is unlicensed.

There is a wanted bulletin issued for the 45 year old political activist, who lives in Nassau Village.  Omar Archer was the target of the now infamous birdie flashed by Prime Minister Perry Christie at a PLP event; Mr. Christie later said he regretted flashing the finger at his accuser.   Archer has a long history of trouble with politicians, dating back to 2013 and including defamatory remarks, libel and even death threats.  Archer says the photo is not real, that the PLPs created and posted it to get him into trouble.