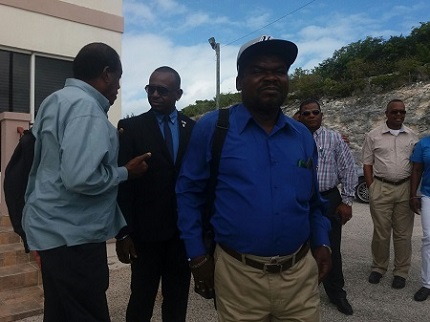 Turks and Caicos, March 7, 2017 – Providenciales – No verdict today and no indication of when the Chief Justice will return, to a curious nation, what will happen when it comes to the fight for the Bight constituency.

While the Election Petition filed by PDM Candidate, George Pratt revealed a lot of striking information about behind the scenes events on TCI General Election day regarding that constituency and disputes over three voters and their eligibility; it seems it will boil down to whether or not the grounds for the petition were fleshed out convincingly enough for the judge to rule in favor of Pratt and cause a by-election or an overturning of the results for ED6.

It seemed to be some messy handling of the addition of missing names from one district to be added on voting day to another district’s eligible voters list; with affidavits explaining the mix up at the poll early on December 15, 2016 which was election day and making a packed courtroom aware of conversations between the Elections Supervisor, the Returning Officer, the Presiding Officer and the incumbent for the PNP, Porsha Smith – accounts which drew reaction from the room.

In the end, the Chief Justice listened to the arguments from Porsha Smith’s attorney, Ariel Misick and Turks and Caicos Attorney General, RhondaLee Knowles who defended the Elections Office on the point that Dudley Lewis was constitutionally and legally within bounds to alter the list when he did and as he did, and it would have to be proven that he was acting corruptly in so doing.