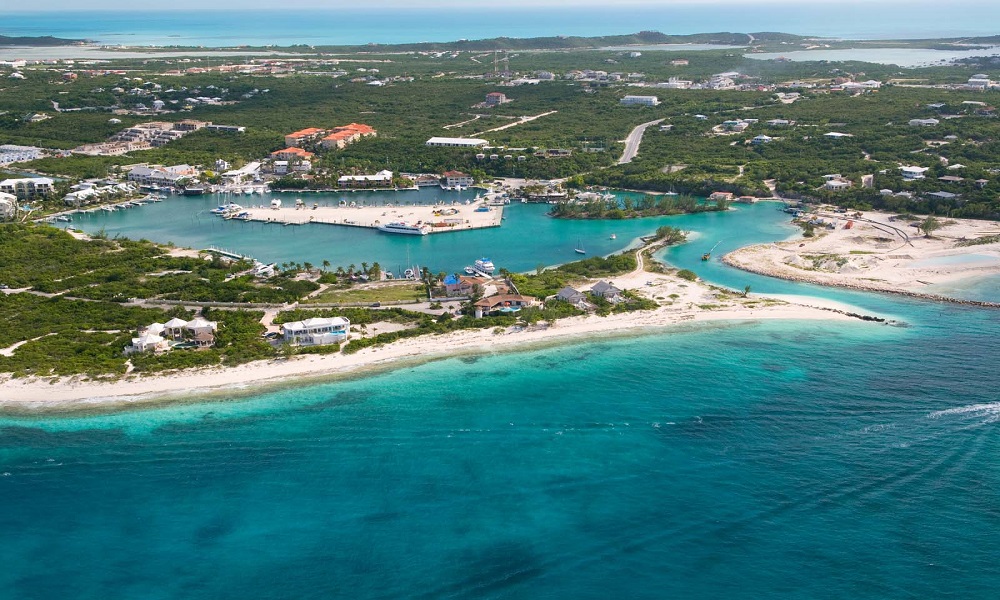 Turks and Caicos, March 13, 2017 – Providenciales – The Lands Division of the Attorney General’s Chambers will be hosting weekly Road Shows in six (6) islands from March 17, 2017 to April 21, 2017 under the theme “Empowering Our People, Building Our Nation.”

The schedule of the Road Show is provided below:

The aim of the Road Shows is to sensitize and offer guidance to members of the public who are desirous of obtaining information about land and the procedures to be followed in relation to a series of land related transactions including:

The Lands Divisions will also showcase its achievements and indicate some of its future plans. 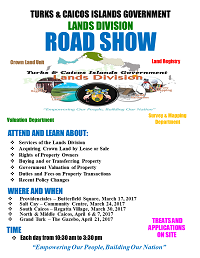 Tatum Clerveaux, Commissioner of Lands indicated; “The Lands Division was formally established in 2012 as a result of the Turks and Caicos Islands Government Public Sector Reform Programme. Its main objective is to ensure that the land resource of the Turks and Caicos Islands, which is the country’s most important and critical asset, is used in an efficient and responsible way in order to achieve the sustainable development of the Islands. The Lands Division, which falls under the aegis of the Attorney General’s Chambers, is  comprised of four main departments; namely, the Crown Land Unit, Survey and Mapping Department, Valuation Department and the Land Registry. By merging the various land functions under a single umbrella, it is envisioned that the delivery of the services of the various departments will be more efficient.”

The Commissioner further added; “The vision of the Lands Division is to be a modern land management agency that puts customers and quality at the heart of the services offered. Its overarching mission is to facilitate improvement in the quality of life of all Turks and Caicos Islanders through professional, transparent and efficient administration, equitable access, secure tenure and sustainable management of our land resources.”

With this is mind the Lands Division wishes to enlighten its customers by embarking on a public education campaign to sensitize Turks and Caicos Islanders about the products and services of the Lands Division so as to provide equitable access to information and guidance to all.

All are encouraged to come out and participate in the Lands Division’s Road Shows.