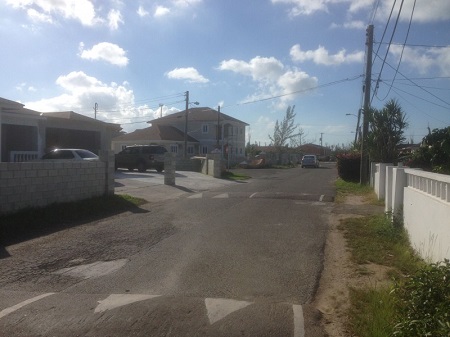 Bahamas, March 10, 2017 – Nassau – No murder conviction for Lamar Albury of Chippingham in the killing of a banker and volleyball coach, but he did get guilty 10-2 on the lesser charge of manslaughter and media reports say, he cursed out loud in the courtroom upon hearing the decision.

Manslaughter by provocation is what the jury agreed to and on March 14, Albury will be sentenced for stabbing Devince Smith 33 times at his St Alban’s Drive apartment in December 2015, causing his death.  Albury denied murder and his defense aimed to paint the picture that Albury was a victim of a homosexual pass and so enraged, he killed Smith.

Some of the testimony exposed though that Albury had been to the apartment a few times and was even seen drinking in Smith’s jeep before the killing.  Smith’s partially decomposed body was found on December 21; he was a former president of the New Providence Volleyball Association and a banker at Pictet Bank & Trust Ltd.