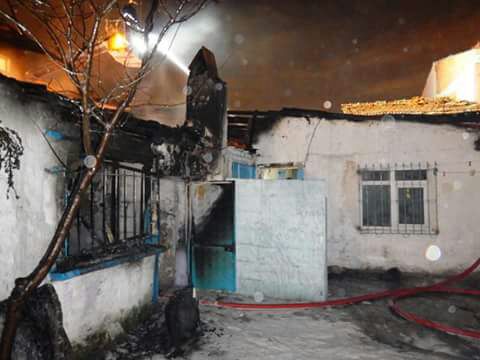 Bahamas, March 6, 2017 – Nassau – The Fire at Jubilee Gardens exposes a string of vulnerabilities in the country’s most populated island and capital, Nassau and now officials are trying to help residents cope with the loss as they summon resources to avoid the fire ever happening again. Top priority though is totally extinguishing the inferno.

Up to late last night, the reports were that the fire was still raging in Jubilee Gardens and while there is no official count on the homes consumed in the blaze believed to have been caused by embers from the nearby Harold Road dump blown onto the houses of the people living so nearby; the loss is significant.   The Fire Department was said to be outmatched by the fire which was fanned by 35mph winds and residents were ordered to get out of the community.

For years the cry had gone out to remove the dump site; the leading thoughts were linked to mainly to the toxic and foul fumes from the city dump; this morning we grieve as it is proving to have posed so much more of a hazard.  Tall Pines MP, Leslie Miller said he has never seen anything like it in 35 years and believes, as in times past, the dump was lit by stragglers.

Prime Minister Christie was on the scene yesterday too, explaining that The Bahamas was in dialogue with the US and said his government will find someone to manage the site, that talks toward this effort are in advanced stages. 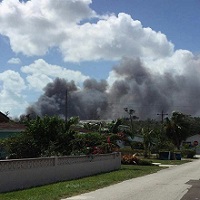 Residents see it as mere talk though; outraged, broken and disappointed that a government subdivision would be constructed within yards of the dangerous dump. Smoke from the massive fire could be seen black, menacing, billowing from miles away. Airport fire trucks were deployed to the scene to help the domestic unit and Defense Force officers are on board to add manpower.

The Kendall Isaacs Gym was opened as a shelter, the Flamingo Gardens Clinic was opened for medical care and NEMA also informed that the Human Society was available as an animal shelter.  Early reports were of smoke inhalation so far. There is no school today for Acquinas College.