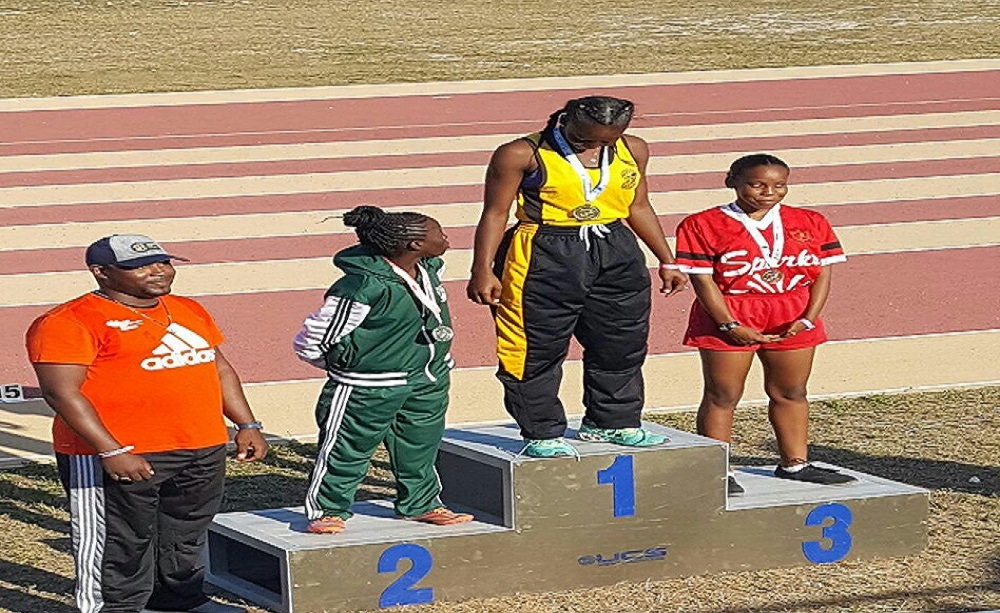 Turks and Caicos, March 14, 2017 – Providenciales – Today is day three of the National High School Inter Track and Field meet and going into the final day, the standings before the final event yesterday –  which was the 4x100m relays – revealed that in seventh place is Maranatha Academy with two points; sixth is Turks and Caicos Middle School with eight points; Raymond Gardiner High is fifth with 35 points; Long Bay High School has 45 points for fourth place; in third and with 46 points is British West Indies Collegiate; in second place with 96 points is Grand Turk’s HJ Robinson High school and leading the meet after two days of competition are the eagles of Clement Howell High school, 131 points.

It was announced that today there will be a surprise guest and the TCAAAs reminded athletes at the opening ceremony on Monday, that the high school meet is the main qualifier for selection of the TCIs Carifta Team for the 2017 Games.   The Inter High School track and field is staged at the National Stadium and was officially opened by Sports Minister, Josephine Connolly.