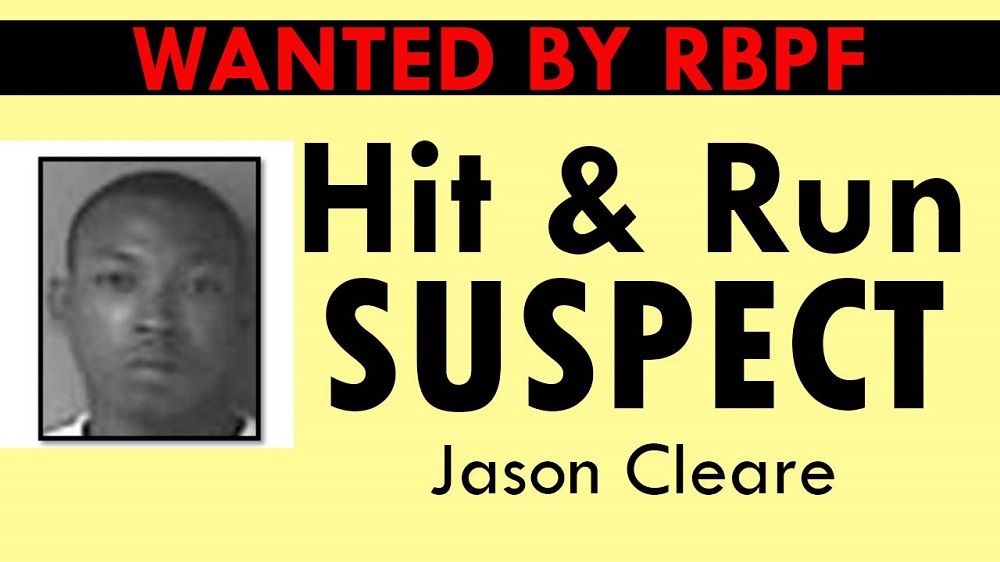 Bahamas, March 16, 2017 – Nassau – Jason Cleare, the man wanted for a hit and run traffic death case from February has surrendered himself to Police.  Cleare, 25, turned himself in on Tuesday after his face was blasted nationwide by Police for the causing the death of a man on Hisbiscus Road on February 18.