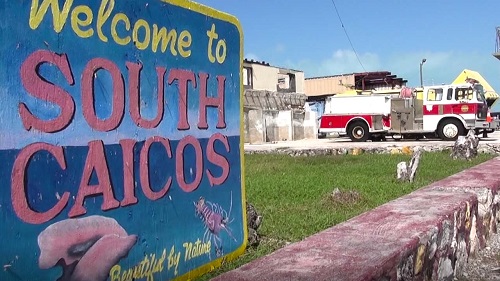 Turks and Caicos, March 31, 2017 – Providenciales – Fourteen items were detailed as making up the body of the Tuesday Cabinet sitting according to the Governor’s Office release.   Among the work done were recommendations for approvals for a number of tax changes, and for the Turks and Caicos to pay its Caribbean Catastrophe Risk Insurance bill, and it appears the country will have increased coverage in the event of a disaster.

The Sovereign Wealth Fund is revamped and reviewed and renamed; it will come up for debate as the Turks and Caicos National Wealth Fund Bill 2017. There was recommendation by Ministers for the recently burned down, Grand Turk public library to be temporarily moved to the Franklyn Missick building on Church Folly. Government plans to rebuild the library.

There was an update on the removal of the Mega One Triton which shipwrecked on Governor’s Beach in 2012 and nine contracts were awarded including for a Green Energy Programme in Grand Turk, equipment and software for the judiciary, a sports and recreational complex for South Caicos, design and build of a community clinic in Bottle Creek, North Caicos, for upgrades to happen at the prison and at the Gus Lightbourne sports complex, new vector control vehicles for North and Middle Caicos and for a national fire hall for Provo.