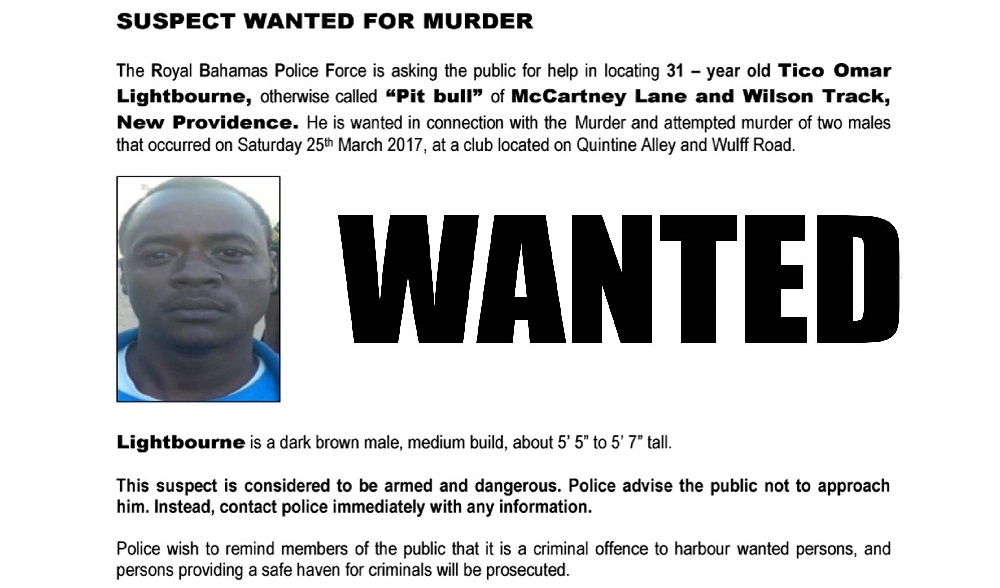 Bahamas, March 28, 2017 – Nassau – Another homicide and the Royal Bahamas Police Force is asking for public help in tracking down, a man nicknamed Pitbull of McCartney Lane and Wilson Track who is believed to be behind the murder and attempted murder of two men on Saturday morning.  The pair was shot around 1:30am at a club on Quintine Alley off Wulff Road; one of them died at hospital.

The suspect is Tico Omar Lightbourne and is described as a dark brown male, who is of medium build and standing about 5’ 5” to 5’ 7” tall.  The murder takes the country’s count to 38 so far for this first quarter of 2017.  The man killed, just 32 years old, was reportedly due to celebrate his birthday yesterday.