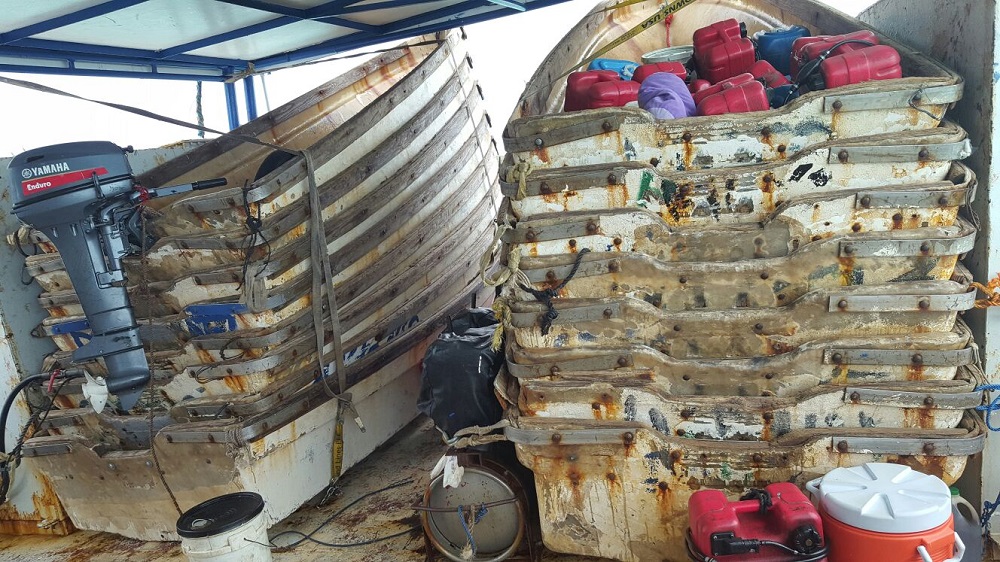 Turks and Caicos, March 21, 2017 – Providenciales – Forty Dominican poachers were caught by Police just before the weekend in TCI waters with some 39,000 pounds of marine product.

Police vessel, Sea Defender intercepted the illegal crew around midday last Thursday southwest of White Cay.  The 30 footer, named Captain Blaze, had a number of dinghies hitched to it as the men robbed TCI waters of fish and more.  Once the poachers were caught, they did try to flee and it is reported that action was taken by officers to bring the vessel to a stop; what that action is can only be imagined as Police have strangely omitted elaborating any further.

No one was hurt.   The Dominican boat was towed to Provo, where DECR confiscated the ill-gotten goods and the group was arrested on suspicion of illegal fishing and taken into custody.