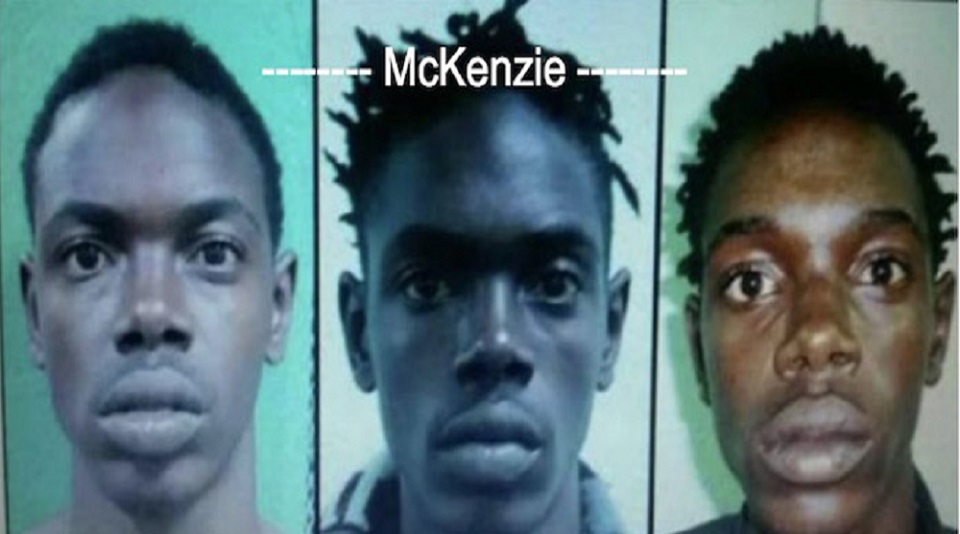 Bahamas, March 13, 2017 – Nassau – At just 25 years old it was shocking to hear the litany of criminal charges brought by Police against once wanted man, Mark McKenzie.  McKenzie, who was on the run for two years and who was captured on Saturday March 4 by Police, was charged with causing the death of 21 year old Leslie Greene in February in Yellow Elder Gardens; he is also charged with the death of 22 year old, Carlos Adderley in Blue Hill Heights in January.

McKenzie is also charged with killing 22 year old Maurice Johnson shot inside at a night club on Tonique Williams Darling Highway in December 2016.  After the three murder charges, there were gun and drugs cases to hear.

McKenzie was allegedly found with an unlicensed glock .40 pistol and 12 live rounds of ammunition; McKenize and his accomplice in the matter, Andrew Forbes entered a not guilty plea and are due back in court on May 2nd for trial.

Following this, young McKenzie was charged with three other individuals.  Alexis Johnson who is 24 years old, 28 year old Deandra Williams and Charlton Thurston, 36 on two counts of illegal firearms possession with the intent to supply and ammunition possession.

Police also found at the time 13 ounces of marijuana.  The four entered not guilty and will stand trial beginning May 9th.   David Cash is representing McKenzie in this slew of matters.   Mark McKenzie was remanded to Fox Hill Prison; no plea was required in the trio of homicide charges.