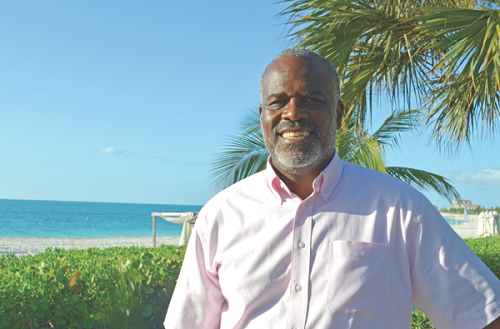 Providenciales, TCI, February 10, 2017 – His wife calls him a ‘trooper’ and the prayers and well wishes continue for former premier, TCI businessman and philanthropist, Galmo Williams who remains in hospital in Florida, after a Sunday night shooting in Grace Bay.  In an update on Facebook, Althea Williams, Gilley’s wife tells the public that her husband is experiencing some discomfort but has pulled through at least one surgery well.

Galmo Williams was on Sunday approached by three masked, armed men who robbed him of his wallet and his wedding ring and then still turned around and shot him; we are learning not once but twice in the left knee.   By Monday afternoon, Williams was airlifted for special attention to that knee, which was badly injured by hollow bullets.  Hollow bullets do more damage explained a resident to Magnetic Media; they are said to be designed to assure one’s target does not survive.  But Gilley did survive and is said to be in high, positive spirit.

Mrs. Williams said he will stay in hospital until the more definitive internal procedure can happen, which will be in a few weeks.  She asks for continued support, love & prayers…

Meanwhile, Magnetic Media awaits an update from Police on the investigation.  If you know anything about this or any other crime, please contact Crime Stoppers, which answers your call in Miami, Florida – anonymously at 1 800 TIPS.

Friends have put up a $20,000 reward for information in the crime.