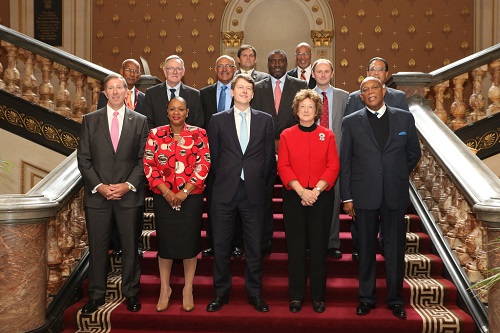 London, England, February 9, 2017 – The UK’s exit from the European Union will not hurt relations with the Overseas Territories and when negotiations ensue, the UK promises the territories’ interests will be remembered at the bargaining table.

These are two main themes which have come out of a special convening of UK Overseas Territories in London early this week with the Foreign Minister, Baroness Anelay and Minister for Exiting the European Union, Robin Walker.

The Governor’s Office reported that Territory leaders, welcomed the new forum which was explicitly designed to discuss the impact of Brexit on OTs.  Premier, Hon Sharlene Robinson and Governor, His Excellency, Dr John Freeman represented Turks and Caicos as among 10 countries at the meeting.

It was said by Rt Hon Anelay that, “I…  am keen to build on this early positive engagement to ensure the deal the UK Government ultimately negotiates, works for all.”   A White Paper along these lines has already gone to British Parliament.   It was the first meeting of the new forum.