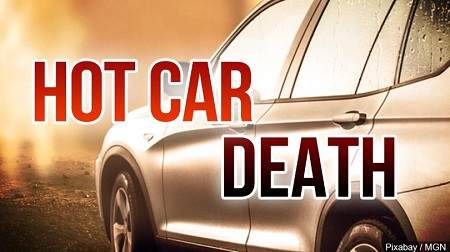 Nassau, Bahamas, February 23, 2017 – The mother of the 3 year old boy who died in the car of his daycare teacher says she forgives the woman for accidentally forgetting her boy in the vehicle.     The teacher picked up young Kayden Guerrier and inadvertently left him in the car, remembering him hours later and by that time it was too late.

Kayden was rushed to hospital where a short time later he died.  His mother, says Kayden was her only boy and told media there is a hole in her heart at his passing… she said police called her, told her that Kayden was not breathing and then he was gone.

Kayden Guerrier was the only son of Rosemarie Louis, who is said to also have a daughter.  In the article, the mother recalls that her baby’s final words to her were Bye Mommy, I love you.   In the Tribune article, Rosemary said:  “The teacher is sad and sick, I feel for her but I miss my son.   I do not believe she meant to do it.   Only her and God knows what happened, it is now a police matter.”   Police say they are awaiting an autopsy to continue their investigation.