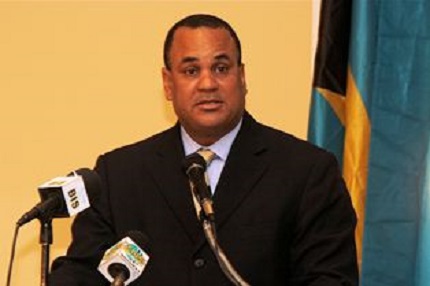 Nassau, Bahamas, February 10, 2017 – The public did not get an exhaustive list of the spending of money raised since Value Added Tax explained Michael Halkitis, the Minister of State for Finance during House of Assembly on Wednesday.   Halkitis caused a firestorm of controversy after his presentation on VAT spending at the PLP National Convention in January and he explained that he was speaking broadly about The Bahamas paying down debt as it takes care of national expenses.

However, in the speech at the Convention, Halkitis is listing specific areas and calling specific figures spent or allotted from VAT earnings; but when pressed by Media on details… Minister Halkitis said details could not be had, because the VAT money goes to a consolidated fund.

Contrary to his statement, the Finance Minister, Prime Minister Perry Christie, only days later stepped in and said a report can and will be done and given to the Bahamian people on the $1 billion dollars raised with the recently instituted tax.

An ongoing Nassau Guardian poll shows that nearly 83% of the 80 people who have taken the poll are not satisfied with the explanation on ‘where the VAT money went’.