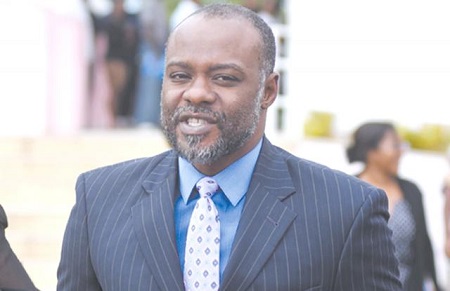 Nassau, Bahamas, February 2, 2017 – Former FNM Senator, John Bostwick Junior will have to pay a $15,000 fine and carry the conviction of having been found with ammunition in his luggage in Grand Bahama in May 2015.  Media reports say the Justice, Dame Anita Allen dismissed Bostwick’s appeal yesterday and upheld the conviction.

Bostwick had called this a conspiracy to ruin him, that someone else placed that magazine clip in his suitcase but he has not been able to prove the argument convincingly enough to escape the conviction, which is damaging for him.  In the case, surveillance footage supported Magistrate Forbes’ decision to find 45 year old, attorney guilty.