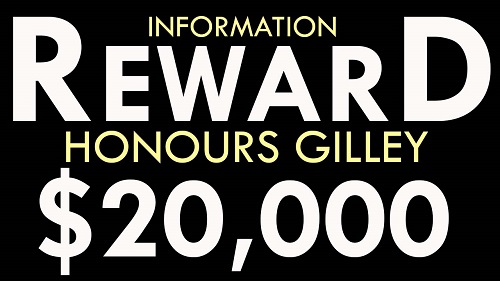 Providenciales, TCI, February 7, 2017 – A $20,000 reward is being offered for information in the shooting of Galmo Williams; Williams, the former Premier of the Turks and Caicos Islands was shot in the left knee and was airlifted yesterday to Florida for work on that knee.

Businessman and Philanthropist are other hats Mr. Williams who owns the Wine Cellar and Gilley’s Café wears and friends believe the three thugs who robbed him are strangers in this town, they say anyone who knows their dear friend Gilley, knows he would have gladly given the guys money.

The long time residents, now Belongers are fuming over the audacity of anyone to harm Galmo.  We distorted the voice by request of the donor who is concerned about the thugs themselves retaliating.  “He would have given it anyway, and then they take his money, and then they shot him, this man works for every single community, organizations with our communities, from South Caicos to Salt Cay, to Blue Hills, Blue Hills is his home, they don’t get any better than the people from Blue Hills.  This man is kind, gold, sweet, passionate, this man gives everything to everybody.  This man I love, how could you do this to this man.  You people out there, whoever you are, you’re gonna pay.”  The $20,000 reward of their own money is for information going to the Police that leads to an arrest and conviction.

Police report that Williams cooperated with the three masked, armed men on Superbowl Sunday night as he was headed toward Ricky’s Flamingo Cafe – the trio got away with Gilley’s wallet and his wedding ring.