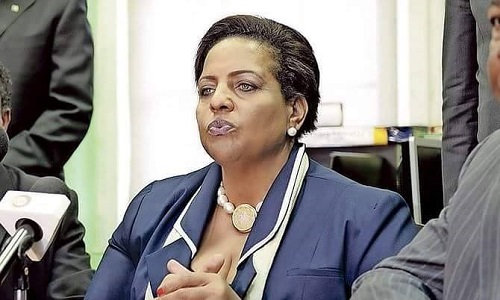 Nassau, Bahamas, February 7, 2017 – Pure ‘bull crap’ is how Loretta Butler Turner describes talk that she is returning to the party of her Grandfather and the tone from the PLP camp is pretty much the same.   National Chairman, Bradley Roberts said Thursday will be a defining day for the Progressive Liberal Party as five seats will see their candidates ratified including Long Island, where Butler-Turner says she will run as an independent.

Attorney Glendon Rolle, is expected to be approved as the PLPs standard bearer for Long Island.  Meanwhile the Free National Movement Leader, Hubert Minnis is reportedly planning to grab back three of the MPs who turned on him to put Loretta Butler Turner in the drivers’ seat as Opposition Leader.

A report names Neko Grant, Richard Lightbourne and Andre Rollins as departing the Long Island MPs side due to conflicts, reportedly in her Senate appointments.   The Free National Movement has been aiming to reclaim spotlight as a viable option with announcements that it has a plan for National Health Insurance and about the Party’s Manifesto, which was actually released last week.