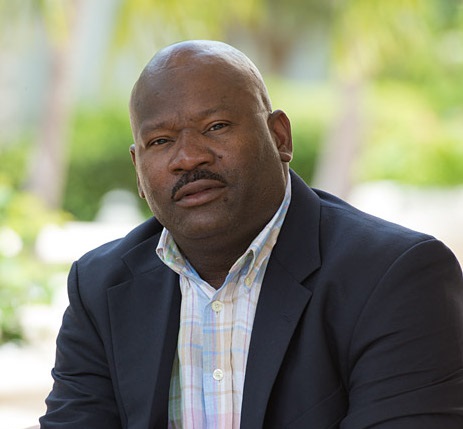 Providenciales, TCI, January 19, 2017 – The shipwrecked, MV Mega One Triton is in its last days on Governor’s Beach in Grand Turk as the consultant’s report on how to move the vessel is in says Tourism Minister, Hon Ralph Higgs.   The Minister said the UK funded consultation with CWaves will continue into the tender process for a collaboration that will see the cargo boat, grounded in Grand Turk since Superstorm Sandy of 2012, removed safely from the beach. 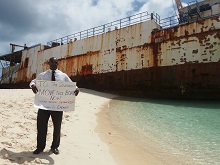 Minister Higgs said in a news release that:  “I am grateful for the assistance of CWaves and their input which will help with the removal of Mega One Triton, which has become unsightly on one of our most popular beaches over the years.  My Government stands firm on seeing the removal of this impediment in a timely manner.”

While the boat has now become a habitat, one of the most photographed attractions in Grand Turk and even an exploratory site for some residents, the Minister is warning of the danger of entering the huge ship which is badly deteriorated and still with hazardous materials on board.

In December, the former PNP Administration had announced that the tender contract was awarded for the removal of the MV Mega One Triton, there is no word on what happened to that contract.  It had been a personal push for Grand Turk South MP, now Health Minister, Hon Edwin Astwood, to see the eyesore gone from the famous Grand Turk beach.