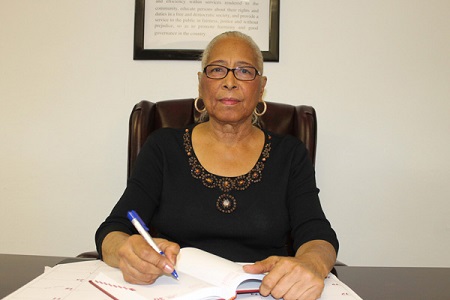 Providenciales, TCI, January 12, 2017 –  The Turks and Caicos was among 110 world organizations at a recent International Ombudsman conference held in Bangkok, Thailand.

Complaints Commissioner for the country, Cynthia Astwood attended the six day gathering and was exposed to varying experiences, sessions to share expertise and those aimed at protecting human rights, on anti corruption, the freedom of information and best practices for carrying out investigations, especially in relation to good governance.

Ombudsman is not a term we casually hear in our daily lives now, but by definition it is a government official responsible for impartially investigating residents’ complaints against a public institution or authority with the aim being to bring about a fair settlement.

Cynthia Astwood, who took on the role since 2013 was grateful for the exposure she said, and in a government issued media statement explained that she also chaired a break out session on Freedom of Information.

The 11th IOI World Conference was held in November with the theme, Evolution of Ombudsmanship.