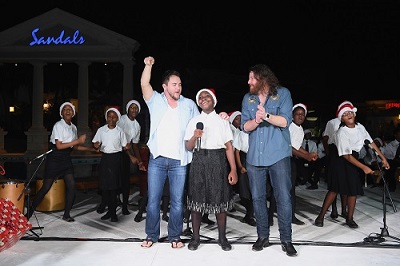 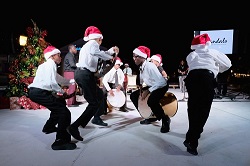 The second stop in the Caribbean for the Story Behind the Songs series was in the beautiful Nassau, Bahamas.  The four-day getaway included live performances on Friday night with Grammy-nominated and ACM Award-winning chart-toppers, Eli Young Band, and a rocking opening performance by breakout singer/songwriter, Tucker Beathard.  The musical events included backstories of each song told first-hand by the artists, from memories on the road to the inspiration behind the songs.  This once in a lifetime opportunity was enjoyed by Sandals LIV+ vacationers, along with 30 lucky radio listeners who won their way to paradise by tuning into their favorite local country station or the nationwide contest on CMT After MidNite with Cody Alan, CMT All Access with Cody Alan, and CMT Radio Live with Cody Alan. 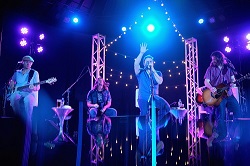 The music carried from The Bahamas to the airwaves throughout the weekend as the artists met with 17 radio stations garnered by MicnE Productions.   DJs and radio hosts caught up with the artists on air as the stations broadcasted live from the tropical Sandals Royal Bahamian Luxury Included® resort.   As the official event host, award-winning country music personality Cody Alan also sat down with the Eli Young Band and Tucker Beathard as they shared their Story Behind the Songs experiences, including a red carpet Meet & Greet with fans, a VIP LIV+ Official Wrap Party with DeeJay Static and special presentation by the Sandals Foundation, the non-profit arm of Sandals Resorts International. 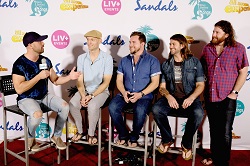 In an effort to improve the lives of those in the Caribbean, proceeds from Story Behind the Songs t-shirt sales, silent auction and a portion of LIV+ package sales were donated to the Sandals Foundation’s Holiday effort.   As a special thank you for the donations and in- kind Holiday Toys that will go to local children in The Bahamas, the local Rake & Scrape Band and school choir from Gerald Cash Primary School prepared a surprise musical performance, singing Eli Young Bands’ hit single, “Even If It Breaks Your Heart.”

In total, the Story Behind the Songs event raised US $7,894 for the Sandals Foundation, of which 100% of the proceeds will go to benefit local community programs in the Caribbean.