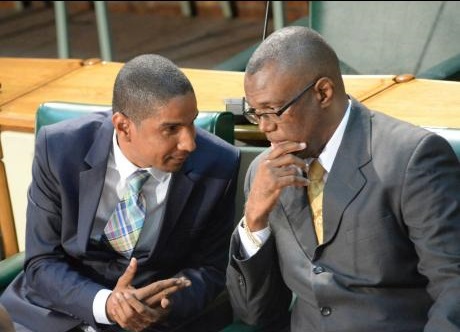 Kingston, Jamaica, December 19, 2016 – New Mayor of Kingston, Senator Councillor Delroy Williams, has pledged to work to build a spirit of partnership and cooperation among councillors in order to effectively and efficiently carry out the work of the  Kingston and St. Andrew Municipal Corporation (KSAC).  Speaking at the installation ceremony held at the KSAC’s downtown Kingston offices on December 15, Senator Williams lauded the former administration led by Senator Councillor Dr. Angela Brown Burke and pledged to improve on the legacy.

“They have made our work far easier, as we go forward,” he said.  “They continued the work of the previous Council headed (then) by our Minister of Local Government and Community Development (Hon. Desmond McKenzie)…and they improved on it,” he noted.   “We invite you to work with us as we (seek to) work together as one in the spirit of unity, cooperation and friendliness, as we move forward to govern in the interest of the people of Kingston and St. Andrew,” he added.

Meanwhile, Senator Williams said he will be seeking to work more closely with key stakeholders such as the Ministry of Transport and Mining, Jamaica Constabulary Force (JCF), and vendors.  Noting the challenges associated with traffic congestion across Kingston, he said there is need for the Corporation to “begin the dialogue” with the Ministry to address the issue.  “There is a lot of valuable economic time (that) is lost in traffic.  We must have a concerted effort with the Ministry of Transport to see how best we can ease congestion in the city,” he pointed out.

Senator Williams invited the JCF to “join us in driving the economic life of the city”, pointing out that “we must eliminate crime in our city by creating opportunities for our people.”     As it relates to the vendors, he noted that the Corporation will be looking to work with them in order to create the environment for their business to flourish.   Senator Williams noted that vendors are critical players in the vision to make Kingston the most prominent capital city in the Caribbean and will be dealt with “with soft hands.”

“We are all significant players in the economic life of the municipal Corporation (and) we must coexist…in a mutually respectful manner…to sustain the life of the city,” he said.   “(However)…we say…to the vendors, you must also understand that order is important.  Work with us in creating this order and we promise you that you will quickly see the economic benefits.  You will reap greater profits as more and more shoppers take comfort from this order,” he pointed out.