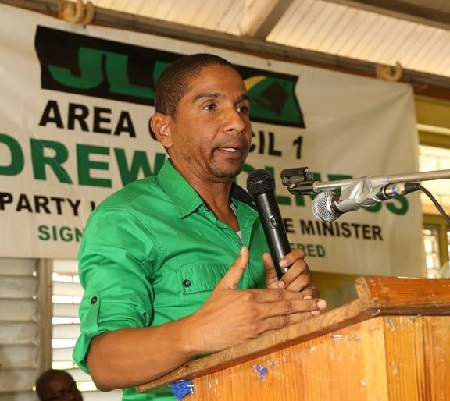 Among the priority areas, Senator Williams said, are the expansion of the city’s seaport; continued renovations in downtown Kingston; and increasing the speed of development approvals.Senator Williams said pivotal to these activities is timely implementation of provisions under the Town and Country Planning Act, Local Improvement Act and Building Act.  “We are committed to the orderly and progressive development of our city,” he said.

Noting the Council’s cognisance of its role in the national growth agenda, Senator Williams gave the Corporation’s undertaking to execute its tasks to this end effectively and efficiently. “We will act within the statutory powers to be a facilitator,” he said.   “Development must be in keeping with the principles of good town and country planning. The management and enforcement of planning development and building control in the city will take center stage in our administration of the Municipal Corporation,” the Mayor emphasized.

Senator Williams also underscored the need to establish “better synergies and linkages” to facilitate economic growth.   “We must not be obstructive to growth and development. But this must take place in a context of order and respect for the law. We must build a vibrant economy and the Municipal Corporation will play its role (in this regard),” he added.

Senator Williams said the Corporation is also committed to facilitating cruise-ship stopovers in Kingston, and assured that “we will join hands with those who have been championing the effort”. He noted that entertainment is also critical to Kingston’s social, cultural and economic landscape.

Senator Williams said the industry must be facilitated, based on its potential to create small, medium and large business opportunities.   “We are committed to facilitate and not hinder, but we must operate in the context of order. We must understand that Kingston cannot be the Pearl of the Antilles without the entertainment industry; but, equally, we cannot be the pearl without order. Central to our vision is order,” he emphasized