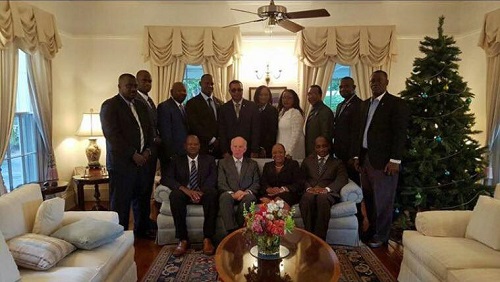 Providenciales, TCI, December 19, 2016 –  Orderly and peaceful were the elections of the Turks and Caicos and the Governor on Friday expressed his pleasure that that reputation of TCI remained intact.

HE Dr John Freeman also congratulated Sharlene Cartwright Robinson, from Friday:  “I am pleased that the election on 15 December passed in an orderly manner.  I congratulate the People’s Democratic Movement and its leader, the Hon. Mrs Sharlene Cartwright-Robinson, on their party’s victory.  I relayed my congratulations to her this afternoon.  I look forward to working with TCI’s elected officials in effective partnership for the good of all the people of the Turks and Caicos Islands”