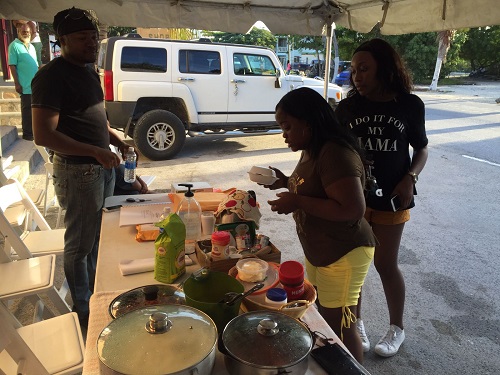 Providenciales, TCI, December 15, 2016 – Reports have been made and the Elections Supervisor has asked for Police investigation into matters which are concerning to political watchers.  Dudley Lewis confirms that at least one report of possible treating was made where it was charged that the PNP Camp was giving away drinks and food to Electors.  Lewis reminded that this would fall into the category of ‘treating’ which is illegal.  Lewis said Police looked into the matter and reported to him that the items were for PNP workers, not members of the public or voters. 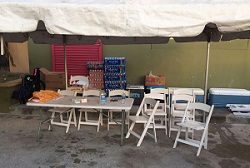 However, PDM Party members in Five Cays aka Electoral District #9 questioned the honesty of that explanation due to the quantity of items, which they said was ‘way too much for a few poll workers.’  When Magnetic Media arrived on site, there were no food or drinks at all at the PNP station near IBO Grocers.   Across the street, the PDM was also without possible treats.  Photos were provided to Magnetic Media since early morning; these photos have also been posted on social media.

The Integrity Commission, only moments ago advised that procedure and law requires that reports of this nature go directly to the Police and the Elections Office.  The IC added that it is beneficial to have photo or other evidence to support any complaint.

There is a three way race in ED#9 between Rachel Taylor for the PNP; Bobby Chambers of the PDA and Sean Astwood of the PDM, who is the incumbent for the constituency.