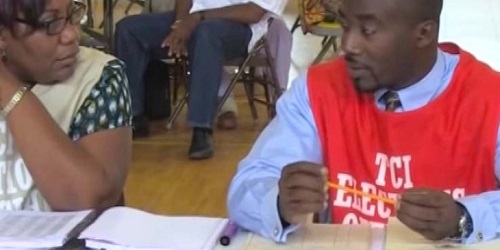 Providenciales, TCI, December 10, 2016 – The Supervisor of Elections, Lister Dudley Lewis, has announced the allocation of voters to polling stations for General Election of the Turks and Caicos Islands schedule for 15th December 2016.

The Elections Ordinance requires the Supervisor to allocate each elector to the appropriate designated polling station within their electoral district, in any case where there is more than one polling station in that district.

This is done by the Supervisor providing a list to the Returning Officers that details the persons who are to vote at that polling station by reference to the order of their family names.

The official list of voters to be provided to each polling station is specified in the Election Ordinance and it contains only the details of those persons who are allocated to vote at that polling station.

Electors with family names A-L and M-Z. Will vote of the following location.

If you wish to check the 2016 Register or which polling station you should attend, you can do so by contacting the Elections Office Grand Turk or Elections Office in Providenciales or by checking the Registers which has been deposited for inspection at various Constituencies.