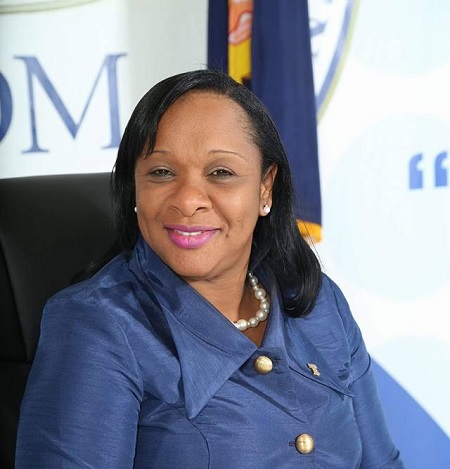 Providenciales, TCI, December 27, 2016 –Two days to a history making day in Turks and Caicos politics being solidified as the first female premier will lead Government business in the House of Assembly when Parliament opens this coming Thursday.

It would mark two weeks since victory at the polls for the People’s Democratic Movement, which secured 10 of 15 seats.  Sharlene Cartwright-Robinson is a pioneering woman in the Turks and Caicos Islands, who has long been racking up outstanding performances.

A former head girl, valedictorian, winner of the Governor’s Cup for top CXC results, a Constitutional crafter and scholar – having sat on three review bodies; an attorney by profession, a founding president of the TCI Cancer Foundation in Grand Turk, first woman in Kiwanis Grand Turk and once head of the Baptist Union Youth Department for the entire Caribbean region, Robinson is a wife and mother of two daughters and is also credited with being the first female leader of the Opposition in the TCI.

Regionally, she is making news too as the first female premier of the Turks and Caicos, who is also Bahamian born to Turks and Caicos Islands parents, having lived the first six years of her life in The Bahamas.

At just 45 years old Robinson is the 11th Caribbean woman to achieve head of state; Dominica was first in 1980, Haiti and Bermuda have each seen it done three times, Jamaica has had it twice with the same woman and both Guyana and Trinidad and Tobago have had women run the country.